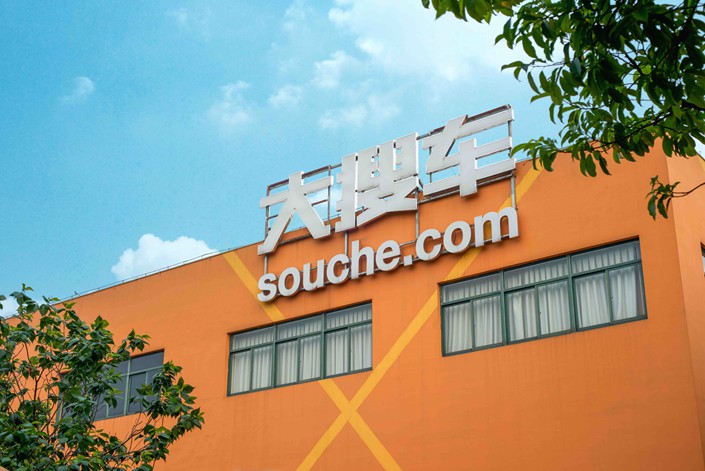 Used-car trading platform operator Hangzhou Dasouche Auto Service Co. Ltd. said it has raised over $900 million in less than a year from big-name backers that include Alibaba, underlining the growing popularity of selling and buying cars online in China.

The company, better known as Souche.com, which means “searching for cars” in Chinese, said Monday it has secured $578 million in a new financing round led by Primavera Capital Group and Morningside Venture Capital.

Souche.com said it has secured a total of $913 million since November, when Alibaba injected $335 million into the company.

PitchBook, a research institution in Silicon Valley, listed Souche.com last year as one of the world’s 57 “unicorns,” a term that refers to unlisted companies with a valuation of over $1 billion.

Guazi, also known as Chehaoduo, is one of its larger used-car trading competitors and is backed by Tencent Holdings Ltd., while other prominent names in the sector include Goldman Sachs-backed RenRenChe, as well as Uxin Ltd., which floated on the Nasdaq Stock Market in June.

“Growth in China’s used vehicle market will mainly be facilitated by growing penetration of online channels in the industry,” said India-based consultancy Ken Research in a report in May.

“Additional value-added services offered by online players and the number of quality checks conducted by them, will enhance the trust of Chinese people on the online segment,” the report said, adding the sector is expected to attract increased investor interest going forward.

The company said Monday it expected transactions on its platform in 2018 to double from last year to surpass 350 billion yuan ($51.3 billion). The new proceeds will be used to upgrade its platform’s technology and for other business expansion purposes.