Caixin Explains: Why China’s Stock Market Is Full of Rats 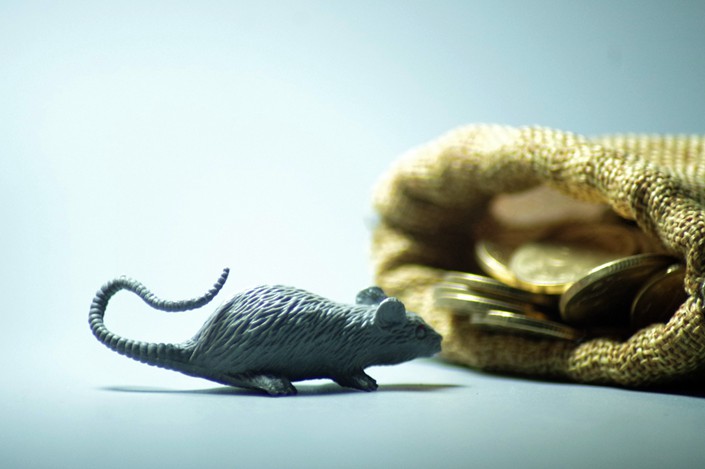 An official report on securities fraud in 2017 said that rat traders were both working together and also committing crimes even while under investigation. Photo: IC

If a Mr. Tu buys shares in a company just before a big player swoops in and pushes up their value, then he’s a lucky man. But if he’s also the big player’s trusted stockbroker, then in China he’s known as a “rat.”

So-called “rat trading” (老鼠仓 lǎoshǔ cāng) — known as “front-running” in the U.S. — includes all trades of shares, options and other securities that play off nonpublic knowledge of a large impending transaction. In one recent case, which happened to involve two Mr. Tus, several years of dodgy trading were masterminded via prepaid, easily disposable cellphones and ex-girlfriends’ accounts. Such brokers are called “rats” because of their rodent-like modus operandi: They’re like little rats (老鼠) enjoying the spoils of a well-stocked barn (仓), which is also the word for a financial position in Chinese. Regulators filed 13 such cases in 2017 and 29 in 2016.

The remaining rats are getting bolder and more cunning, however. An official report on securities fraud in 2017 said that rat traders were both working together and also committing crimes even while under investigation, demonstrating the “extreme severity” of their offense.

Like the name “rat” itself, this may all seem a little harsh — particularly compared with the benign-sounding equivalent American term. But stamping out financial crime and other risks is currently a top priority for China’s government. The banking regulator, for instance, recently launched a campaign to “eliminate evil” in the financial sector, specifically targeting illegal lending and debt-collecting. And punishments are becoming just as tough as regulators’ rhetoric. One high-profile investor was fined a record 3.47 billion yuan ($507.5 million) in late December for market manipulation.