Egypt Emerges as China’s Africa Bulwark with $9.6 Billion in Deals 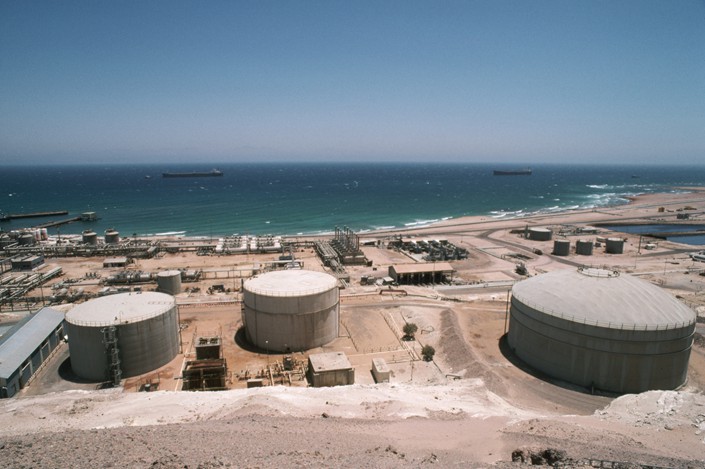 One of China’s leading infrastructure builders announced plans for two major projects in Egypt worth nearly $10 billion combined, marking one of the largest such investments under Beijing’s plan to export its building prowess to other developing nations.

The pair of deals will see China State Construction Engineering Corp. (CSCEC) build a $6.1 billion oil refining and petrochemical complex, as well as a $3.5 billion commercial area in a new Egyptian administrative capital being built about 50 kilometers (31 miles) from Cairo, CSCEC said in an announcement (link in Chinese) of the two deals.

CSCEC’s participation in the new administrative-capital project has been talked about for several years, while the refining project appears to be new, observers said. Both projects were among a number announced this week on the sidelines of the Forum on China-Africa Cooperation summit in Beijing, where Chinese President Xi Jinping pledged $60 billion in loans and new aid to the continent.

Many African heads of state and other leaders attended the event, which Beijing used to showcase its Belt and Road Initiative, which focuses on sending Chinese companies to other developing markets to build infrastructure, usually with China-supplied financing. China’s own spending on infrastructure at home has begun to slow in recent years after decades of rapid growth, leading Beijing to encourage such builders to look for opportunities abroad.

“Egypt is obviously important because it fits very neatly and genuinely into Belt and Road, and has structural drivers that neatly fit Chinese strengths too: highly populated, relatively high income, urbanization, and so on,” said Jeremy Stevens, a Beijing-based economist at South Africa’s Standard Bank. “It’s not at all surprising that Egypt is at the center of China’s Africa ambitions.”

The oil refinery and petrochemical plant, the larger of the two projects, will be located in the Suez Canal Economic Zone, near the canal that symbolically divides Asia and Africa, two of the primary focuses for Belt and Road projects. It is one of a growing number of energy-related infrastructure assets being developed by China in Africa, including the continent’s first sub-Saharan liquefied natural gas (LNG) regasification plant in Ghana, which was also announced this week.

The new Egyptian refining complex will have annual capacity for 8 million tons of oil, and the value of the contract is worth nearly 4% of CSCEC’s revenue for all of 2017, the company said. Stevens said the facility is likely to mostly serve the domestic Egyptian market, adding that about a third of the country’s demand is currently now supplied by imports.

Meantime, the construction in Egypt’s new administrative capital has been talked about for several years, and CSCEC signed a deal about a year ago to develop the project in an area of about half a square kilometer (124 acres), according to previous reports. The deal is aimed at easing chronic congestion in the Egyptian capital, similar to a plan Beijing is now executing to develop an area called Xiongan, about 100 kilometers away in bordering Hebei province.

CSCEC said its efforts in the new area will be focused on building more than 20 commercial-use buildings and accompanying infrastructure. It said that project’s value would be the equivalent of about 2.3% of its 2017 total revenue.

“Cairo is probably the busiest city in Africa, and any effort to ameliorate those pressures makes sense,” Stevens said, pointing to Abuja in Nigeria as a similar example. Abuja, a planned city, replaced Lagos as the national capital in 1991.

“Like Abuja does in Nigeria, making an alternative node of influence makes sense. And obviously, Egypt is critically important to China, given its own internal dynamics and connection to Belt and Road.”