By Jason Tan and Li Yan 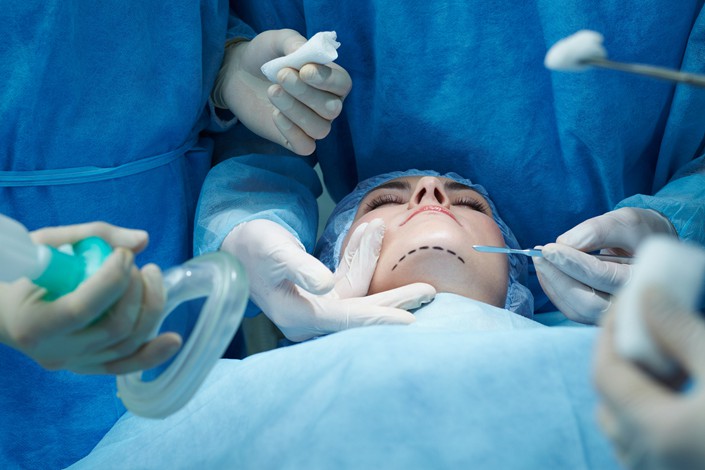 (Beijing) — China’s top plastic surgery app, SoYoung, has secured $70 million in its latest fundraising round, emerging as the country’s latest “unicorn” as more Chinese opt to go under the knife to perfect their appearance.

The new injection pushes total funding for the app, dubbed by some as “China’s Facebook for plastic surgery,” to $160 million within nine months, the app operator, SoYoung Technology (Beijing) Co. Ltd., said in a statement Tuesday.

The company didn’t disclose its current valuation, but confirmed to Caixin that it had surpassed the $1 billion mark. Unlisted companies valued at $1 billion or more are considered “unicorns.”

The new investment is led by Hong Kong-based Orchid Asia Group Management Ltd., which manages a $3 billion fund and has invested in companies such as leading online travel site Ctrip.com and online recruitment portal Zhaopin.com.

SoYoung, backed by social media giant Tencent Holdings Ltd., is one of the top nip-and-tuck surgery apps in China. It is riding the wave of a fad in which people put appearance first to represent their social standing as their wealth grows and they want to look as good as their celebrity idols.

More than 30 such apps burst onto the scene in 2015, but after a round of competition that led to consolidation, SoYoung and Gengmei emerged as the two top players.

SoYoung is essentially a social networking site that allows users to share anything about plastic surgery — from writing reviews, comments and journals about their treatments, to posting before-and-after selfies. Among its features are a location-based search function for clinics, and a link for users to connect with doctors for live-video consultations and payment services.

The app was launched in 2013 after its founder — a son of a plastic surgeon who has had Botox treatment, wrinkle filters and hair transplants — visited the streets of Seoul, where he was awestruck by the omnipresent beauty clinics in the South Korean capital.

SoYoung said transactional revenues on its platform, mostly consisting of commissions and advertising, grew 300% in 2017 to 2 billion yuan ($292.5 million). The company, which started turning a profit in 2016, now boasts a user-base across to Thailand, Japan, Singapore and South Korea.

Smaller rival Gengmei, or “more beautiful” in Chinese, announced in July that it had won funding of $50 million, but told Caixin that it’s still “a distance” from being regarded as a unicorn.

Gengmei said it turned a profit this year, but didn’t disclose details.