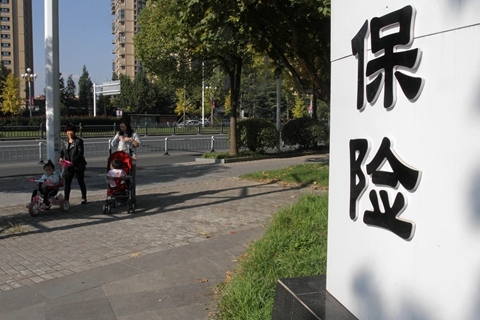 China’s insurance companies posted the first drop in premium incomes since 2012 as the industry turned in a mixed performance in the first half, showing the effects of the sector’s transformation to prudent risk management after years of wild expansion.

Among the 79 insurers that have disclosed second-quarter solvency reports, 43 companies were profitable and 36 had losses.

Since the beginning of last year, the CBIRC has issued a flurry of new regulations, aiming to crack down on the issuance of short-term life policies, which are often used to fund risky acquisitions and asset-buying sprees.

In the first-half results, small-to-midsize insurers’ profitability lagged significantly behind that of larger insurers. The four biggest Chinese insurers, China Life Insurance Co., Ping An Insurance, China Pacific Insurance (Group) Co. and New China Insurance Co., posted total net profits of 65.9 billion yuan in the first half, or about 77.8% of the industry total.

Even though the life insurance industry as a group reported an 8.5% decline in first-half premiums, six listed insurers still managed growth of more than 10%. That suggests many of the small-to-midsize insurers had a much steeper plunge than the industry average.

Small-to-midsize insurers often rely heavily on banks as the main channel for distributing their products because they have lower brand awareness and smaller client bases, said Zhu Yin, a Moody’s vice president and senior credit officer.

A notable trend in the first half was the comeback of universal life insurance products, which are essentially high-yield wealth-management products and usually promise short-term gains.