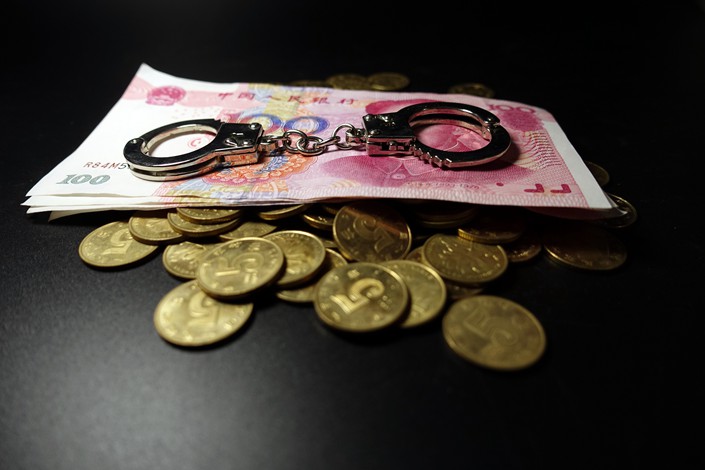 Beijing is making a renewed push to bring insurance regulatory officials to account after a government reorganization interrupted a probe into officials connected to the country’s former top insurance official. Photo: VCG

The investigations indicate that Beijing is making a renewed push to bring insurance regulatory officials, particularly those below the national level, to account after a government reorganization interrupted a probe into officials connected to the country’s former top insurance official.

At a court hearing on June 14, prosecutors accused Xiang of taking advantage of his former positions at Agricultural Bank of China and the CIRC to help companies and individuals get loans and project approvals in exchange for about 19.42 million yuan ($2.84 million) in bribes.

Although Xiang was the highest profile official investigated, the corruption at the insurance regulator did not end with him. “There are a lot of problems. We can’t simply blame Xiang for everything,” a regulator close to the CBIRC told Caixin.

After Xiang’s fall, the commission launched an internal investigation to “clean up Xiang Junbo’s residual toxic influence.” Yet the Central Commission for Discipline Inspection (CCDI), China’s top anti-graft agency, criticized the investigation as insufficient and ineffective, Caixin has learned.

“The CCDI said the cleanup was all talk and no action, so the commission drafted a plan for the (renewed) effort,” the source said.

Most of the regulatory officials targeted in the renewed campaign are under investigation for allegations of bribery and of violating party disciplinary rules that President Xi Jinping outlined when he launched the national campaign against corruption in late 2012, Caixin has learned.

The cleanup campaign also led to the demotion or resignation of several key officials at the insurance regulator or related institutions. For example, Ren Jianguo has stepped down as chairman and president of the China Insurance Security Fund Co. Ltd. (CISF), a state-run bailout fund involved in the rescue or liquidation of insurance companies at risk of default, Caixin has learned. The resignation has yet to be officially announced.

The CISF holds 60.8 billion shares of the debt-ridden conglomerate Anbang Insurance Group Co. Ltd., or 98.23% of its total ordinary shares, according to a CBIRC announcement on June 22.

After Xiang became China’s top insurance regulator in 2011, Anbang embarked on a rapid expansion that it funded by selling nontraditional high-risk, high-yield investment products masquerading as insurance policies. The insurance regulator later took control of the debt-ridden company after its founder, Wu Xiaohui, was detained on charges of illegal fundraising.

Other personnel changes include the demotion of Yu Yue, former deputy director of the CIRC’s policy research office, Caixin has learned. Yu was demoted to a division head, which is one and a half ranks lower than a department’s deputy head. Sources at the insurance regulator told Caixin that Yu’s close relationship with Xiang triggered the demotion.