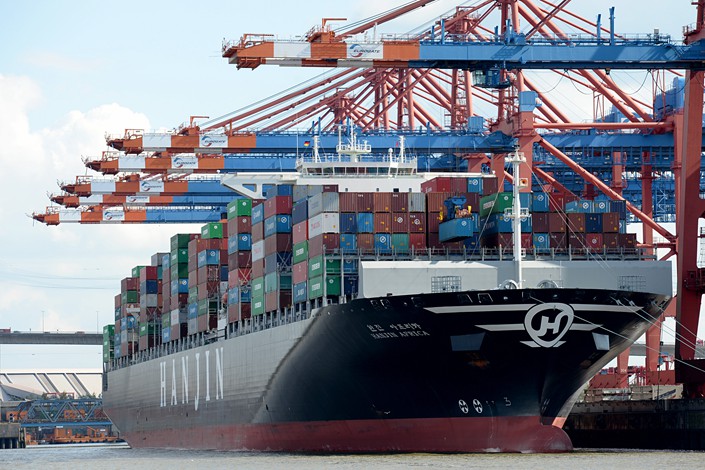 Between the year 2000, when the first Forum on China-African Cooperation (FOCAC) summit was held, up to the most recent summit, China has moved from a bit player in Africa’s economy to its largest trading partner, surpassing the United States in 2009. China-Africa trade has ballooned from $10.5 billion in 2000 to over $200 billion this year. The most recent edition of China’s flagship summit around its Africa policy has come and gone and with it an investment, loan and grant package of $60 billion. The 2018 FOCAC summit also appears to have had the highest participation for such a gathering, with about 48 African heads of state and government participating, but the summit also attracted significant attention and scrutiny of the China-Africa relationship — both from the domestic Chinese audience and the international one.

This is an opportunity for the relationship to move to the next level. The sheer volume of trade and investment flows cannot be the only measure of the success of the relationship. This FOCAC can and should be a departure point.

The 2018 FOCAC summit came at a time of friction in the Chinese policy cycle as the trade war with the United States continues unabated. By end of this week, the same week as the FOCAC summit, up to 50% of Chinese exports to the U.S. could face tariffs of 10% or 25%. Tariffs on $200 billion of Chinese goods are going to have a substantial impact on China’s economy. A significant part of China’s policy response will include preparation for the next trade war and taking actions to reduce its exposure to U.S. tariffs.

We can expect to see China increase its engagement with Latin America and Africa in search of new markets for its products. We should also expect the Chinese to diversify the source of imports, replacing American suppliers where possible. The FOCAC summit seems to suggest such a move. The $60 billion Chinese package includes $5 billion to support African exports to China. Carlos Lopes, former executive secretary of the United Nations Economic Commission for Africa, posted on Twitter that FOCAC launched “an ambitious initiative to promote non resources-based imports from Africa,” presumably referring to minerals, oil and gas.

It will not come as a surprise to see substantial Chinese investment in African soybeans, pork, animal feed and other agricultural products previously sourced in the U.S. This is an excellent opportunity for the non-natural resource segment of African economies and an opportunity for China to source those imports from a more-reliable partner. China has already stopped importing American crude, and Beijing is expected to impose tariffs on U.S. crude imports and replace them with crude from West Africa and the Middle East. The trade war and FOCAC financing provides an opportunity for Africa to leverage its trading relationship with China and provide an alternative source for Chinese imports.

China has also pledged to provide up to $5 billion per year over the next three years in grants, concessional and interest free loans to Africa. According to Deborah Brautigam, at the China Africa Research Institute at Johns Hopkins University, this is the highest level ever. These interest-free and concessional loans present an opportunity to Africans attempting to reassess and rebalance their debt stock while still borrowing for indispensable capital investment.

The Chinese have largely invested in sectors that traditional partners have avoided. China is the only partner with the appetite and resources to invest in the area of Africa’s greatest need — infrastructure. This has been of great benefit to Africa, but such a monopoly position comes with costs. The financial sustainability of both partners needs to be matched, and China can play a bigger role here because of its leverage. The availability of these preferential lending instruments, however, is not itself a substitute for the quality of governance. If these loans were deployed in pursuit of a country’s industrial policy, undergirded by competent project selection, then planning and execution could deliver significant benefits to African citizens.

This seems to be the point that Nigeria’s former education minister, Oby Ezekwesili, attempted to drive home in her comments on Twitter and in a Nigerian newspaper. She was withering in her criticism of African leaders, whom she claims exchanged their “national patrimony” for “risky loans,” as opposed to the Chinese, who she said tightly “cover their exposure.” As she tells it, African leaders “naively, gleefully and with a huge dose of inferiority complex, sign on to bad deals.”

The ad hominem attacks notwithstanding, she has a point. Many African leaders have failed to institute the reforms that would grow their private sector and enable domestic resource mobilization. It appears that their strategy is to borrow their way out of poverty. Massive public investment, absent coordination with the private sector or a concomitant growth in private sector investment will not deliver sustainable growth. In a new IMF book on Senegal, this seems to be the point, that “Growth in Senegal has been driven mainly by public investment and remittance-fueled private consumption. … The performance of investments and exports in Senegal during this period, relative to that of the fastest-growing countries helps explain why Senegal has had low per capita GDP growth for 30 years.”

Domestic scrutiny of Chinese lending will compel Chinese policymakers to demonstrate the effectiveness of their lending policy. Criticism of China’s lending practices abroad, which China was repeatedly forced to address at the FOCAC summit, will further constrain Chinese lending to its African partners. In Africa, the rising debt will soon impose hard limits on fiscal policy and ultimately close off borrowing, regardless of how favorable the terms. China’s “no strings attached” lending policy will be tested by the criterion of ensuring that projects are sustainable. The FOCAC 2018 summit presents a significant opportunity to transition the China-Africa partnership to the next level. Failure to make the hard choices will come at great cost to all involved — especially Africa.

Gyude Moore is a visiting fellow at the Center for Global Development. He previously served as Liberia’s minister of public works and headed Liberia’s construction and maintenance infrastructure from 2014-18.