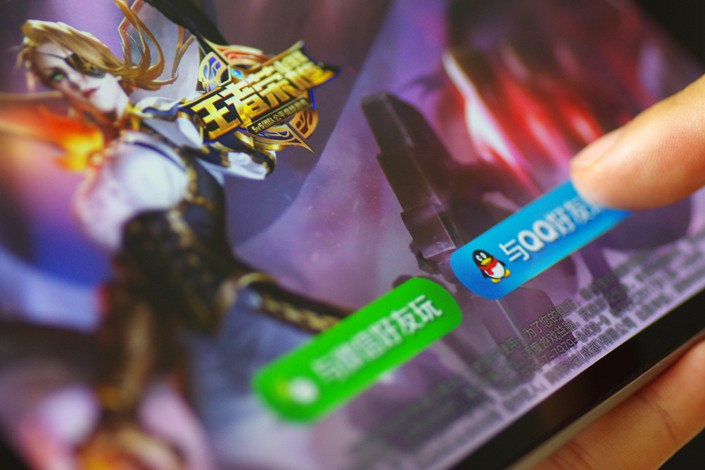 Tencent Holding Ltd. has launched its first share buyback in four years, as the gaming giant attempts to halt a skid that has seen its shares tumble this year.

Tencent shares have lost about a third of their value since a mid-January peak, wiping out around $120 billion in market value and ending a streak that saw them roughly double in 2017 on a wave of bullishness over the Chinese internet. They have come under particular pressure since March, after China stopped approving new game titles, hitting the company’s largest revenue source. That caused the company to report its first quarterly profit decline in more than a decade in its second-quarter results.

The regulator added more pressure after it published a notice last month saying it will control the total number of online video games and new titles in operation, explore establishing an age-reminder system, and take measures to restrict the amount of time that minors spend playing video games. In the latest development on that front, the company told users on Monday it would shut a popular Texas Hold’Em video poker game to comply with intensifying government scrutiny, Reuters reported.

As the stock continued to sag, Tencent repurchased 22,700 shares on the open market on Sept. 7, representing a tiny fraction of its approximately 9.5 billion shares outstanding, according to a company disclosure form. Tencent did say how much it spent to buy the shares, but they would have cost about $924,000, based on the company’s closing share price that day.

A company spokeswoman said the buyback was the first for Tencent since 2014, but did not comment on whether it intends to continue repurchasing shares. Tencent’s board has formally authorized the company to repurchase up to 10% of the company’s shares, or about 950 million shares, according to the its latest authorization statement.