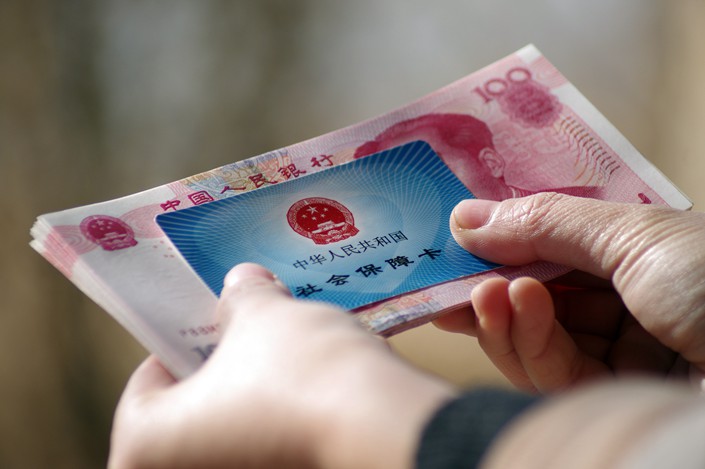 The central government has promptly responded to corporate concerns over recent changes in China’s system for collecting social security contributions from employers. A State Council executive meeting held on Thursday stressed that “before the reform of the social security fee collection agency falls into place, all local governments should maintain their existing collection policies while researching an appropriate level of social security fee reduction to ensure that the overall burden on businesses does not increase.” This is the correct decision, and will increase the market’s vitality and help manage expectations.

According to a national tax reform plan released by China’s central government in July, tax authorities will take over the collection of social security contributions paid by Jan. 1, 2019. The plan stipulates that the “various reform tasks” should be completed by the end of 2018. But this gives businesses insufficient time to adapt to the new system. The immediate effect of unifying collection under the tax authorities will be to expand the number of businesses that must pay fees through stricter enforcement of fee collection. At the same time, China’s government is considering reducing the rate for social security fees. The rate reduction should come before or at the same time as the change in the collection system in order to avoid increasing the burden on businesses. The reform of fee collection is an urgent task, but reducing the social security burden of businesses is even more urgent. The recent worry over social security should remind the Chinese government at all levels that it should avoid creating a situation that extends the period of downward macroeconomic pressure, increasing the difficulty of doing businesses, and exacerbating the instability of people’s expectations.

However, it is indisputable that China’s current social security premium rate is too high. The social security burden of Chinese companies is even higher than that faced by companies in some welfare states. If the rate cannot be lowered before stricter enforcement comes into effect, businesses will face greater difficulties, which may stifle the vitality of the economy and harm the public good. This will not improve the situation for governments at any level. China currently has a relatively high pension surplus, allowing it to consider reducing fees. Strengthening enforcement will keep the total social security income stable, eliminating the worries of the central and local governments. China should set the level of social security payments by conducting a “stress test” on both corporate contributors and social security departments. The government has lowered the nominal rate several times but has failed to ease the pressure on companies. The next round of fee reductions should be conducted in one go, on the basis of achieving actuarial balance for China’s social security system.

One lesson learned through China’s experience of reform is that it should take into consideration the different incentives of each sector and region, and to formulate policies that are as watertight as possible. Every reform creates unintended effects, whether small or large. The key is to correct these errors as soon as possible. The new tax reform plan shows that the tax authorities’ main goal is to “improve the efficiency of collection and management, and enhance control over taxes and fees.” But the authorities have failed to consider whether enterprises will be able to afford the cost of this reform. In the next stage, as authorities formulate the relevant rules for implementation, they should set a transition period for enterprises in order to stabilize expectations. Some local tax authorities have recently applied for court orders to enforce the payment of corporate social insurance contributions owed over the past few years. Their intentions are good, but their methods are crude and misguided. The local governments have not reached a consensus on the period during which companies can be prosecuted for noncompliance. The central government should unify the rules as soon as possible to reassure enterprises.

Whether China’s social security system is sustainable depends fundamentally on its macroeconomic outlook. To enrich the country’s social security balance, China must do more than just expanding its fee base and implementing stricter management. In recent years, transferring state-owned capital into social security funds has emerged as an important solution. This is a progressive move to increase fairness, and also allows the gains of national enterprises to be shared by the Chinese people.

The State Council promulgated a plan in November requiring some centrally controlled state-owned enterprises to transfer capital to social security funds. Similar measures for local state-owned enterprises have also been promoted. In fact, this is a solution that society generally agrees on. However, there are many obstacles that must be overcome. Departments must abandon their own interests and work together. The transfers should be sped up and broadened. The sooner this task is completed, the greater the room for maneuvering China will have. If the transfers have clear results, China will also have greater leeway to reduce social security payment rates.

Although the tax collection authorities are better equipped to coordinate social security fee collections across the country, this remains a difficult task. The measures to transfer basic old-age insurance payments from richer to poorer provinces implemented on July 1 are an important step forward. However, the disparity between regions is obvious, and the imbalance between income and expenditure is serious. Some areas will still have a large surplus even with lower payments, while other areas already face a huge gap that local governments are struggling to close. The national average frequently disguises problems faced by individual regions. Old-age insurance is the main focus of social insurance, and faces the most serious problems. Governments have been raising payment rates, but this is not a long-term solution. As the population ages and the fertility rate decreases, rates will continue to grow. It is better to solve these problems sooner rather than later. It is the unshirkable duty of the central government to weigh the interests of all localities and realize national coordination as soon as possible.

Social security is a worldwide problem that even developed countries struggle with. In China, an emerging nation that faces the possibility of “getting old before it gets rich,” the task of improving and reforming the social security system is undoubtedly more difficult. Officials and scholars have reached a consensus on the defects of the current system, such as fragmentation, lack of sustainability, and poor risk management. However, there are major differences in the solutions they have proposed. Time waits for no man, and China’s decision-makers must urgently make design and political decisions. Systematic reform will be the fundamental solution to the specific problems of rate reduction and enforcement.