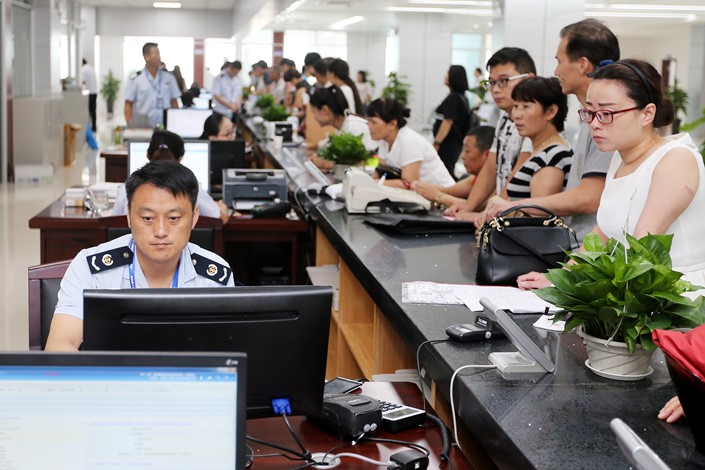 Foreigners who have a residence or reside on the Chinese mainland for more than 183 days a calendar year will be classified as resident taxpayers, subject to Chinese tax on their worldwide income, according to the revised Individual Income Tax Law (link in Chinese) that the top legislature passed Aug. 31.

Those residing on the Chinese mainland for less than 183 days a year will be considered nonresident taxpayers, liable for tax only on their onshore income, according to the revised personal income tax code that will take effect in 2019.

That means the Chinese mainland will shorten the length of residence used to separate resident taxpayers and nonresident taxpayers to 183 days, the same limit used by countries such as the U.S. and the U.K., from the current 365 (link in Chinese).

Such a change will have an impact on the introduction of foreign talent and intellectuals who have a stint in China for half a year to one year, thus reducing the competitiveness of the country’s taxation system, researchers said.

“I received a dozen phone calls on the day of the release of the draft amendment to the law (on June 29), all about the 183-day rule,” an experienced taxation specialist told Caixin. “Some foreigners inquired whether they should retreat.”

China will specify whether it will retain the “five-year rule” when releasing updated implementation regulations for the revised personal income tax code in the near future.

“If the ‘five-year rule’ is canceled, many foreign experts may choose to leave,” the taxation specialist said.

As the world’s second-largest economy, China has attracted a great deal of global capital along with a large amount of global talent in recent years, with multinational companies flocking in to set up regional headquarters as well as research and development centers.

The central and local governments have also kicked off numerous programs to attract foreign talent to help improve innovation, even though the country’s high tax rates on personal income are relatively uncompetitive.

Some foreigners working on the Chinese mainland, along with domestic citizens, have long complained about tax rates on salary income, which range progressively from 3% to 45%.

By contrast, individuals working in the special administrative region of Hong Kong are generally taxed at progressive rates ranging from 2% to 17%. Under the “one country, two systems” policy, Hong Kong has a different tax system from that of the mainland.

Take a high-tech worker who earns a monthly salary of 100,000 yuan ($14,577) for example. The worker’s tax burden would be as high as 27% ― or more ― on the mainland but as low as 14% in Hong Kong, said Pauline Ngan Po-ling, a member of the National People’s Congress, the country’s top legislature. She made the comment in late August during an internal meeting at which lawmakers debated the revisions to the personal income tax law.