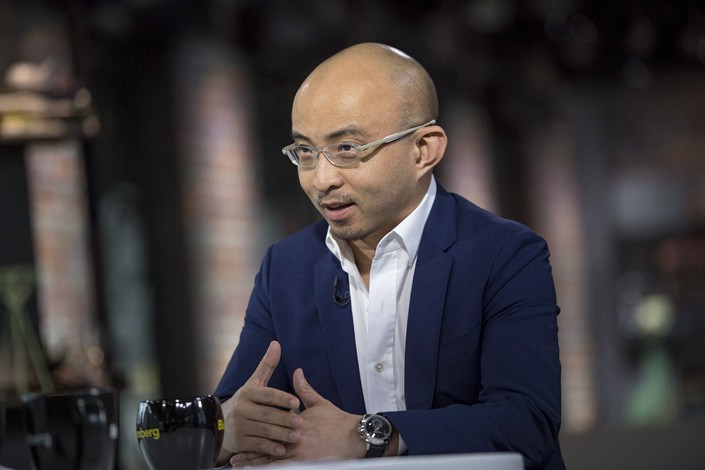 *In the first three months of this year, its operating expenses jumped 51.6% from a year ago, with salaries as the biggest single expense as it poaches talent to stay competitive

China Renaissance Group Holdings Ltd., a young investment bank that has worked on several deals with tech unicorns, wants to raise up to $377 million through a Hong Kong initial public offering (IPO), Caixin has learned.

The boutique investment bank is expected to announce on Sept. 20 that it is seeking between HK$2.7 billion ($344 million) and HK$3 billion, and then float its shares on the Hong Kong Stock Exchange on Sept. 27, according to subscription documents seen by Caixin.

The research team at ICBC International, the offshore banking unit of the Industrial and Commercial Bank of China, has estimated China Renaissance’s value between $3.4 billion and $3.8 billion, according to a report by the bank.

China Renaissance made its name in 2009 as a financial adviser on several high-profile mergers between new economy firms, including the 2015 tie-up between ride-hailing companies Didi Dache and Kuaidi Dache to form the now-dominant Didi Chuxing. The tech-savvy company went on to bolster its reputation by advising on a flurry of Chinese tech offerings this year, including acting as financial adviser for video-streaming site iQiyi Inc. and as underwriter for the online service giant Meituan Dianping.

Caixin had reported in June that China Renaissance initially wanted to raise $600 million to $800 million in its IPO. Since then, Hong Kong’s stock market has entered a bear market as pessimism about the impact of the U.S.-China trade war has spread from the Chinese mainland.

Still, investors fond of the technology sector have shown enthusiasm for the deal. Asian hedge fund Snow Lake Funds and Alipay, the third-party payment service run by an affiliate of Alibaba Group Holding Ltd., will both subscribe to $50 million in shares, according to the subscription documents. LGT Group Foundation, a private bank and asset manager based in Liechtenstein, will subscribe $25 million in shares.

The trio will be the cornerstone investors of China Renaissance’s listing, the IPO prospectus showed. According to Caixin’s calculations, they have agreed to purchase nearly 34.7% of the total shares on offer.

Founded in 2005, China Renaissance started as a two-man team that made profits by matching China’s cash-hungry startups with private equity investors. It has since expanded its business into underwriting, sales and trading services amid growing domestic and international interest in investment in Chinese technology firms. The firm now has more than 600 employees in Beijing, Shanghai, Hong Kong and New York, according to its website.

To cement its reputation as a “one-stop” financial services platform for China’s tech firms and remain competitiveness among peers, company founder Bao Fan has been luring outstanding brokers and other talent from big players in China’s financial industry, such as Citic Securities Co. Ltd., by offering high salaries, Caixin has learned.

In the first three months of this year, China Renaissance’s operating expenses jumped 51.6% from a year ago to $35.5 million, with salaries as the biggest single expense. Over the same period, the company booked $35.7 million in profit on $38.8 million in revenue, which was up 65.9% year-on-year. The increase in profits stemmed from an accounting change.

China Renaissance plans to devote 40% of the IPO’s proceeds to its investment banking business, use 40% to expand its asset management and private wealth management businesses, and spend the rest on upgrading its technology and other expenses, the prospectus showed.

According to Bao, there are things that differentiate China Renaissance from its domestic rivals: its focus on the new economy, its wealth of overseas experience and its proprietary technology. “We don’t need to be large and comprehensive, but we need to be unique,” Bao said in a previous interview with Caixin.