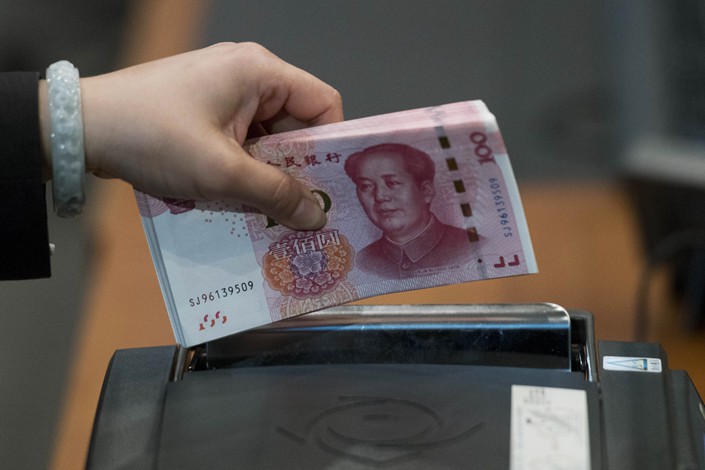 The downgrades reflect a belief that the Chinese central government’s deleveraging efforts will gradually weaken the financial vehicles’ roles and links with the local and regional governments.

S&P Global Ratings said it had cut by one notch the credit ratings of seven LGFVs from the provincial-level municipalities of Chongqing and Tianjin, and the cities of Wuxi, Yangzhou, Changsha and Zhenjiang.

Meanwhile, Moody’s Investors Service said it had downgraded five issuers owned the governments of Hubei province, Tianjin, and the cities of Nanjing and Zhuzhou.

Bonds issued by the LGFVs usually get high ratings because they have strong and stable funding support from the governments. But a surprise default by a Xinjiang-based LGFV last month shook investors’ faith in guaranteed payment of these government-backed bonds.

On Aug. 13, Sixth Division of State-Owned Asset Management Co. Ltd., a subsidiary of the formerly military-owned Xinjiang Production & Construction Corps, failed to pay back principal and interest on a 500 million yuan ($72.8 million) bond, marking the first default of a LGFV bond.

LGFVs have been a major driver of economic growth in the past decade, funding projects such as roads, hospitals and airports. Both Moody’s and S&P pointed out in their notes that LGFVs will continue to play an important role in the support of China’s economic growth.

The LGFV sector poses systemic risks given its large amount of debt outstanding, which means that the central government is unlikely to allow large and important nonfinancial corporate and infrastructure government-related issuers to default, Moody’s said.

The Chinese government is currently weighing the needs to maintain growth and rein in financial risks amid a slowing domestic growth and an escalating trade war with the U.S.

S&P said the credit outlook for the LGFVs is stable over the next 24 months, and it expects local governments to take steps to mitigate the refinancing risks of their financing platforms.