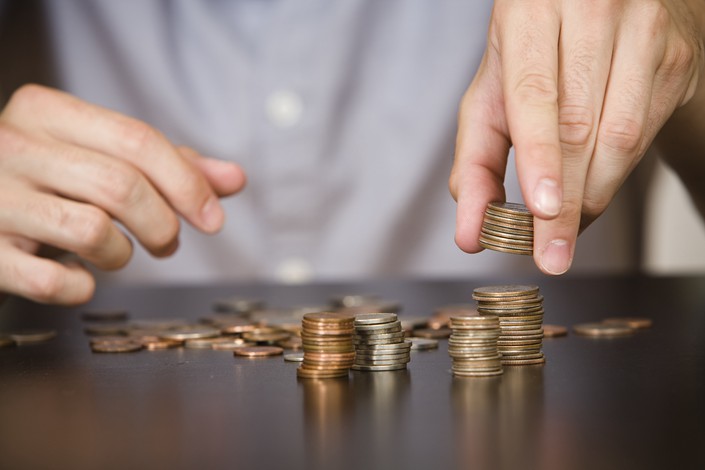 (Bloomberg) — Chinese companies’ debt-servicing firepower has slumped to a three-year low even as authorities move to support their financing, showcasing the difficulty of getting stimulus through to the real economy.

Listed nonfinancial companies had cash and equivalents to cover only 81% of debt due in the coming year, the worst since 2015 — when China was battling hard-landing fears — data compiled by Bloomberg show. Materials, utilities and energy sectors are particularly vulnerable as their cash levels were at about half of short-term obligations.

Businesses are having a tough year raising funds and boosting profits, thanks to the lingering effects of a crackdown on shadow financing and a slowdown in economic growth as trade tensions with the U.S. rise. In July, China moved to boost domestic demand and infrastructure spending, building on previous efforts to sustain lending to smaller firms. Even so, analysts question whether it’s enough to halt a record run of defaults.

There have been over 40 billion yuan ($5.8 billion) in local-bond defaults this year, an unprecedented tally. Many companies have had to tap internal cash to repay debt. That’s depleted their cash reserves, making it harder for them to repay upcoming borrowing if credit markets remain tight.

Even after the targeted steps China unveiled in July, defaults have yet to slow. Coal miner Wintime Energy Co. failed to roll over a local bond that month, triggering delinquency on its other notes and making it the biggest defaulter in China this year. Firms such as oil trader CEFC Shanghai International Group Ltd. and Dandong Port Group Co. reneged on payments in August.

“We see a divergence in refinancing ability currently, and investors — spooked by defaults earlier this year — still favor stronger credits,” said Tan Chang, an analyst at China Chengxin International Credit Rating Co. “The ones that are exposed to a high debt burden and negative media coverage will face pressure on refinancing.”

Shanghai-listed HNA Innovation Co. hasn’t repaid 300 million yuan in trust loans that were due on Monday because of a liquidity squeeze. Some of its assets in the eastern province of Zhejiang were frozen, which affected the refinancing, the unit of HNA Group Co. said Thursday.

It’s not all doom and gloom, as there are some signs in recent months of a rising appetite for local notes. Net bond issuance was positive in June through August, bouncing back from a negative figure in May. Property developers are among the few sectors benefiting from the trend and saw their debt servicing ability improve; their cash to short term debt ratio rose to 113% at the end of June, up 13 percentage points from December.

Still, caution remains. Zou Weina, who manages one of the top performing bond funds in China this year, has been slashing risk and avoiding lower-rated notes. She believes the easing measures aren’t likely to meaningfully help weaker firms, she said in an interview in August.