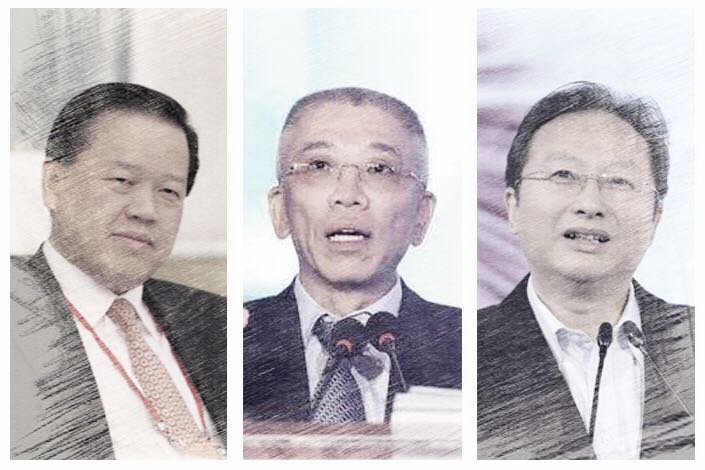 Dai and Yao, both of whom have a doctorate in engineering, are known as technocrats who have long pushed for developing the tech that supports China’s capital markets. CSDC offers registration, clearing and settlement services for securities listed on mainland bourses.

Other news: Li Guochun (李国春), a member of the China Securities Regulatory Commission’s (CSRC’s) Issuance Appraisal Committee, died after collapsing while at breakfast in the CSRC cafeteria on Sept. 12.

End of an e-commerce era: As you probably heard, Jack Ma (马云) announced he will retire as chairman of e-commerce giant Alibaba in September 2019, to be replaced by current Alibaba CEO Daniel Zhang (张勇). Ma will remain on the board until 2020.

Reshuffled Xiaomi: CEO Lei Jun (雷军) announced an internal shake-up at tech giant Xiaomi, with several new departments in the offing, in part to create “opportunities for young talent to rise up the ranks.” A new “Organization Department” will be responsible for hiring and promotions, instead of the more-standard “Human Resources Department”; Xiaomi seems to be mimicking the ruling Communist Party of China with this name choice.

Cryptocurrency tycoon Xu Mingxing (徐明星) was temporarily detained by Shanghai police late on Sept. 11 amid a dispute with angry investors. Xu is founder and CEO of OKCoin, one of the world’s largest bitcoin exchanges. Investors were unhappy because on Sept. 5, as bitcoin and other cryptocurrencies plunged, OkCoin’s platform crashed, causing some of them significant losses.

Corruption at the state lottery

High-stakes shenanigans: Former top state lottery official Wang Suying (王素英) is under investigation for corruption. She headed the China Welfare Lottery Management Center until May 2017, holding a position that seems to encourage bad behavior — this is the third misconduct case involving a lottery chief in recent years. China has two state-run lotteries, the China Welfare Lottery and the China Sports Lottery, with other forms of gambling illegal on the Chinese mainland.

Bigger issues at the ministry: The Ministry of Civil Affairs, which oversees the state lottery, has seen a series of high-profile corruption cases over the last few years. Former Civil Affairs Minister Li Liguo (李立国) was stripped from his position in 2017 for failing to impose discipline.

We’d love to hear some feedback — if you think we’re missing important moves, or if you’ve any other comments on this newsletter, please let us know