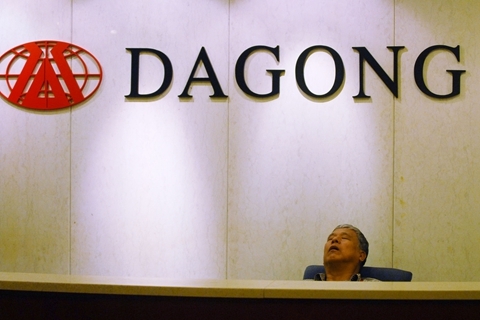 Five Chinese credit ratings agencies have received lower evaluation scores for their ratings quality this year than in 2017, a central bank-backed industry association announced Friday, indicating that some of the firms’ ratings failed to fully reflect bond issuers’ credit risk.

The evaluation results come at a time when investors are on edge because of a wave of corporate bond defaults amid a regulatory crackdown on “shadow banking” and a liquidity squeeze. Some defaulters had gotten high credit ratings from domestic ratings firms.

Both the comprehensive evaluation scores and ratings-quality evaluation scores of the five ratings agencies that conduct business in the interbank bond market are lower this year than in 2017, the National Association of Financial Market Institutional Investors (NAFMII), the agency that oversees the market, said in a statement (link in Chinese) releasing the annual evaluation results.

Around 90% of China’s total onshore bonds by value are traded in the interbank market, while the rest are traded on the country’s two major stock exchanges.

“Amid the normalization of defaults in the bond market, problems with ratings agencies’ ratings quality have become more noteworthy,” NAFMII said.

The five ratings firms failed to meet market expectations in terms of risk disclosure, the reasonableness of ratings, and the timeliness of revealing defaulters’ risks, NAFMII said. The association invited more than 160 market participants and experts, including individual bond investors and specialists from institutional investors, to evaluate these firms.

China’s $11 trillion bond market is the world’s third largest. However, the ratings agencies, which are required to impartially assess how risky bonds are, have long been criticized for their generous rankings.

These agencies have rated a large number of bond issuers at AA or above, some of which subsequently defaulted. AA, the third-highest ranking, is the minimum rating level many funds require before they buy a bond. Some investors have questioned whether there’s potential corruption between the ratings agencies and the companies they rate.

An outrageous case rose to the surface in August when financial regulators banned Dagong Global Credit Rating Co. Ltd. from conducting any new ratings business for one year after it broke regulations by consulting for the companies it rated. Caixin revealed that Dagong had pressured companies to buy expensive but ineffective software in return for better ratings.

Dagong is ranked last this year among the five ratings firms NAFMII regulated, after it ranked second last year.

NAFMII urged all the ratings agencies to strengthen the quality controls of their ratings and prevent conflicts of interest.