By John Kehoe and Jacob Greber 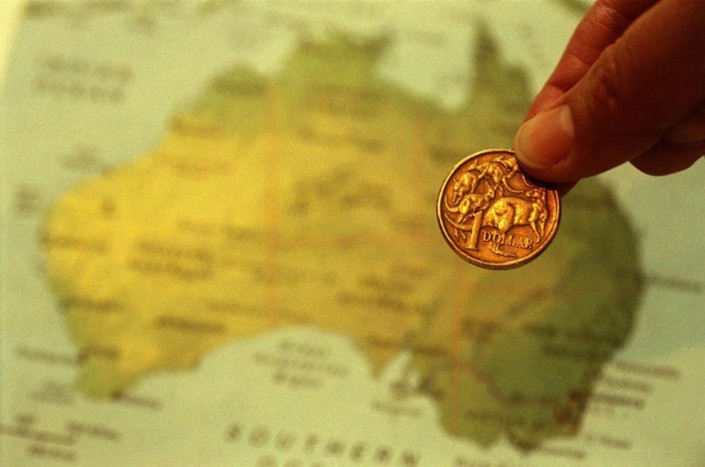 (AFR) — Australia’s economy is at risk of becoming collateral damage in the escalating U.S.-China trade war, economists warned, after U.S. President Donald Trump confirmed China will be punished by tariffs on $200 billion of U.S. imports.

China is expected to swiftly retaliate against Trump’s 10% tariffs, leaving Australia’s export-dependent economy vulnerable to a slowdown in commerce between its two largest trading partners.

The Reserve Bank of Australia’s monetary policy minutes published on Tuesday, based on its Sept. 4 meeting, said “significant tensions around global trade policy” represented a “material risk” to the global economic outlook.

Shiro Armstrong, an economist specializing in Asia at the Australian National University, said with Trump also threatening to impose tariffs on Japanese cars, Australia’s top three export markets were on the brink of entering a risky international economic clash.

“We could quickly descend into a contagion of a global trade war where every country retaliates tit-for-tat,” Armstrong said. “Even if we do not get tariffs directly levied on us, we’ll suffer significant consequences.”

Trump dramatically escalated his tariff war with Beijing, slapping a 10% impost on roughly $200 billion of imports that will rise to 25% within months unless China capitulates.

The trade tensions spooked investors. The local S&P/ASX 200 index fell 23.5 points, or 0.4%, to 6,161.5 on Tuesday, following Wall Street’s weak market close as anticipation of the tariffs rose in late trading.

The Australian dollar initially fell after Trump unveiled the tariff package, before the currency later rallied.

Economic modeling by KPMG suggests the local economy would be about 0.5% smaller over four years if the trade war between the U.S. and China were to escalate to a 25% tariff on all goods traded between them.

“That could ultimately feed through to reduced demand for our exports,” Rynne said. “Australia needs to be quite cautious about the escalation in trade tensions, because we could start to suffer more broadly as this ratchets upwards.”

The tariff escalation could cost 3.5 million jobs in China and 0.83% of its gross domestic product, Citibank economists estimated.

The tariffs would stoke U.S. inflation, the bank said.

Trump also warned that any retaliation by China to the latest attack would “immediately” trigger preparation into tariffs on another $267 billion in imports.

China’s Commerce Ministry said in a statement on Tuesday that Beijing has no choice but to retaliate, but did not detail any actions it would take. Top Chinese officials reportedly convened an emergency meeting.

While the latest announcement covers a vast array of agribusiness, technology, consumer electronics and toys, Trump’s ultimatum would ultimately see the equivalent of a tax on every item imported into the U.S. by the world’s second-largest economy and Australia’s No. 1 trading partner.

Alarm among businesses is intensifying throughout the U.S., China and beyond. They fear that doubling down on trade sanctions will end up damaging the global recovery and eventually whip back at the U.S. economy, which is currently enjoying a sweet spot.

Trump, whose Republican Party is under pressure ahead of the November midterm elections, has shunned appeals from businesses in the U.S. for restraint, and is now directly challenging China to either back down or face even tougher measures.

The president believes the U.S. is being unfairly treated because it has a massive trade deficit with China, and is subjected to the forced transfer of intellectual property as the cost of doing businesses in the country.

“We have been very clear about the type of changes that need to be made, and we have given China every opportunity to treat us more fairly,” Trump said late Monday in the U.S. “But so far, China has been unwilling to change its practices.”

Trade and Investment Minister Simon Birmingham said 1 in 5 Australia jobs are dependent on exports, and Australia will continue to push for countries to follow the international trade rules on tariffs and subsidies.

“Tariffs ultimately result in consumers paying more, and disruptive trade practices ultimately hurt economies, rather than help them,” he said on ABC Radio.

Birmingham said the Morrison government will protect local producers by enforcing anti-dumping laws to ensure below-cost Chinese goods are not diverted into the Australian market.

Analysts expect China to respond swiftly with retaliatory tariffs on $60 billion worth of U.S. goods, with officials in Beijing saying on Monday the country will take “necessary measures” to safeguard its legal rights.

Brookings Institution trade expert David Dollar said the fact that the administration’s “globalists” managed to talk Trump down to 10% from the planned 25% complicates China’s next step as it is “a kind of concession.”

“The obvious compromise for China is to proceed with the $60 billion but with tariffs no higher than 10% and to accept the talks, but come with low expectations and no concessions,” he said.

Another round of bruising tit-for-tat tariffs has dashed hopes of Washington and Beijing returning to negotiating table anytime soon, even after the Trump administration offered last week to resume talks.

China has also sought to open new avenues toward a resolution, inviting Wall Street bankers to meet senior officials in Beijing this week to build momentum for a back-down by Trump.

In his latest statement, Trump said China was still refusing to change its practices “and indeed recently imposed new tariffs in an effort to hurt the United States economy.”

“As president, it is my duty to protect the interests of working men and women, farmers, ranchers, businesses, and our country itself,” he said. “My administration will not remain idle when those interests are under attack.”

Trump said China has had “many opportunities to fully address our concerns.”

“Once again, I urge China’s leaders to take swift action to end their country’s unfair trade practices,” he said. “Hopefully, this trade situation will be resolved, in the end, by myself and President Xi of China, for whom I have great respect and affection.”

Thomas Block, a policy analyst at Fundstrat in Washington, D.C., warned the latest developments may not be enough to get China back to the negotiating table.

“Trump may not have an exit strategy,” Block said.

“The president’s experience with negotiations is centered on real estate where if you don’t get the property, you move on with another property,” he said. “The trade war with China is more complex, and an exit strategy may not be as simple as looking for another location for a casino or golf course.”

Treasurer Josh Frydenberg said in a statement that “no one wins from a global trade war.”

Reserve Bank of Australia Governor Philip Lowe has periodically warned of the economic risks of a trade war.

This article was originally published by the Australian Financial Review.