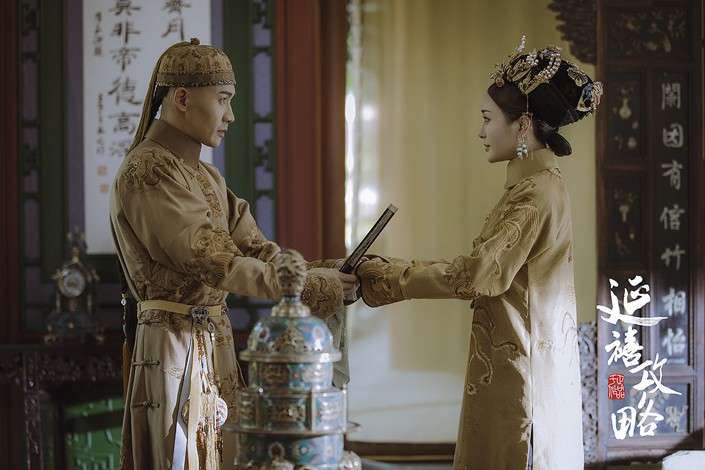 "Legend of Yanxi Palace" has been viewed over 18 billion times as of Sept. 21. Photo: VCG

How popular in Vietnam is “Story of Yanxi Palace,” the Chinese drama about back-stabbing imperial concubines set in the Qing Dynasty, which has racked up more than 18 billion views in its native market?

Someone posted the question on Quora.com, the English-language site where people answer each other’s questions, and a user replied: “Extremely.”

Another chimed in: “Literally all of my cousins watch it. My colleagues watch it. Miss Vietnam watch(es) it. Many Vietnamese singers and actors watch it. Well, I think nobody (does) not know about it.”

The series, a privately-produced 70-episode tale of palace intrigue, has fuelled discussions over whether it has the mojo to take all of Asia by storm given its wild popularity in Southeast Asia, Hong Kong and Taiwan.

“The popularity of ‘Yanxi Palace’ especially in Southeast Asia testifies to Chinese dramas’ potential and their uniqueness in the global market,” said Niu Hongying, a journalism and mass communications professor at Shaanxi Normal University in Northwest China.

“The key takeaway is that Chinese dramas do have a cultural competitiveness to win over global audiences. We are rich in cultural resources and unique in aesthetics, these are our specialties,” she said.

Vietnam is not the only Southeast Asian market being seduced by the series. Harper’s Bazaar’s Singapore edition challenged its readers: “Unless you’ve been living under a rock recently, you’d have heard the title ‘Story of Yanxi Palace’ being bandied about by more than a few friends.”

The series was produced by iQiyi Inc., sometimes called China’s Netflix, which is part of a new generation of privately funded producers of movies and drama series catering to the nation’s 800 million internet users. The series is available, or soon will be, through TV channels or online platforms in over 70 markets.

“The show has developed an avid following in Hong Kong, Malaysia and Singapore, being the most watched program in Hong Kong … in its second week of airing,” iQiyi said in a statement on Sept. 11.

China has previously seen some success of locally made drama productions overseas, albeit at a much smaller scale.

A palace intrigue released in 2011, “Zhenhuan Zhuan,” or “Empresses in the Palace,” was one of the first to put Chinese series onto the world stage, creating a fad among viewers in Southeast Asia, Japan and India, before making its U.S. debut.

Netflix brought the series to its platforms in 2015, but greatly condensed the drama consisting of 76 episodes of 45 minutes each into just six, 90-minute episodes.

Some outside China complain about Chinese dramas being too “draggy” as they typically go beyond 50 episodes, Rena Liu, vice president of DramaFever, a division of Warner Bros. Digital Labs, told Chinese tabloid Global Times in a previous interview.

“This creates a very challenging barrier of entry, since Western audiences who watch with subtitles often prefer more efficient storytelling,” Liu said, expecting Chinese dramas won’t be able to reach the popularity of South Korean peers in the near term.

One of the biggest boosters of the wave of Chinese series has been Netflix, which now offers programs in over 190 global markets. Netflix picked up “Empresses in the Palace” and has plans for several more Chinese releases. The U.S. giant expects to start streaming the period drama “The Rise of Phoenixes” in mid-September.

“(Netflix) looks forward to growing our Mandarin title catalog with more stories that bring to life the intriguing heritage of Chinese culture,” it said in a statement announcing the distribution rights for “Phoenixes”. Netflix is aiming its Chinese offerings at the pan-Asian region to offset slower growth in its home North America market.