Refinancing Loans Are Not Tool For Debt Evasion, Regulator Says 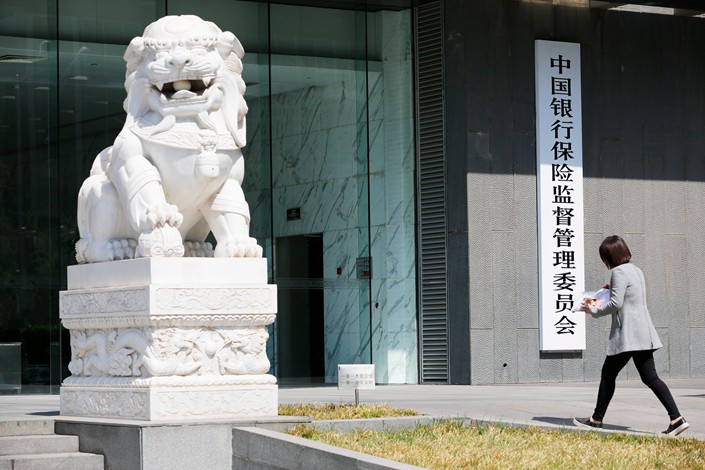 The headquarters of the China Banking and Insurance Regulatory Commission are seen in Beijing on April 8. Photo: IC

A policy that allows small businesses to renew a working capital loan without first repaying the original loan is not a tool for them to dodge their debt obligations, a financial regulator clarified on Friday, responding to concerns that companies are abusing the policy.

Refinancing loans have been the subject of misunderstanding, CBIRC spokesperson Xiao Yuanqi told a news briefing (link in Chinese). The reality is that they don’t allow a company to avoid repaying its debts, but rather give banks time to review a new loan application before old debt is repaid, he said.

The regulatory response comes at a time when concerns are growing that banks and companies are abusing the refinancing policy, taking advantage of calls by policymakers for lenders to boost credit to small companies amid slowing domestic growth and escalating trade tensions with the U.S.

“For example, if a loan is due in September, and the company still wants to take out a new loan, we require the bank to start reviewing the loan application in April or May instead of August or September,” Xiao said.

If the company meets the bank’s conditions, it can secure a new loan immediately after the original loan is due, so that there is no time gap in between, he said.

Removing the gap has been a big help for small companies, Xiao said. Before the policy was introduced, firms had to wait from one to several months to get new credit after repaying their old debt, forcing them to take out bridging loans from sources such as microlending firms and peer-to-peer lending platforms that charged far higher interest rates than banks.