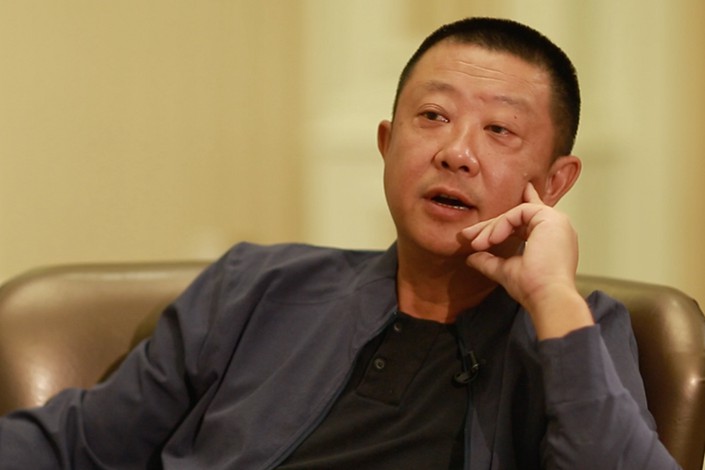 This week, Haidilao got its first taste of the capital market, after relying on its own cash flow to keep its business bubbling for the past 24 years. It opened 5.6% higher in its Hong Kong trading debut after setting the initial public offering (IPO) price at HK$17.80 ($2.27) — the top of its range.

Haidilao, which in Chinese literally means to scoop something from the seafloor, also describes one of the luckiest moments in Mahjong, a board game particularly popular in the hometown of spicy hot pot, Sichuan province.

As highly regimented and standardized food production is not common in traditional Chinese restaurants, Haidilao has been looking to its Western peers for ways to scale up its business. Zhang said that the company has been trying to emulate established international fast-food chains like Yum! Brands Inc. and McDonald’s Corp., whose supply chain is “very standardized.”

Streamlining the company’s catering process not only improves efficiency but can also clean up its hygiene problems, which have included rat infestations and staff handling food with their bare hands, Zhang said. Last month, the company cooperated with Japan’s Panasonic Corp. to try out a staffless, automated kitchen in Beijing.

“I can’t stop rats from running into our place,” Zhang said in his Sichuan-accented Mandarin. “So I was thinking, if there is nobody in the kitchen, will this also get rid of rats?” he said.

But Zhang doesn’t foresee a future in which robots take the place of front-of-house staff. With the chain offering free manicures for waiting guests, dolls to accompany single diners, free fruit and soft drinks and even free meals for loyal fans, hospitality has become the restaurant’s trademark.

When asked about how he motivates employees to consistently offer good service, Zhang said that the company doesn’t financially punish workers who make mistakes, but prefers to scold them openly in staff meetings.

The following is a translated excerpt from Caixin’s recent interview with Zhang Yong in Beijing, in which he talked about the firm’s IPO, corporate governance and overseas expansion.

Caixin: Haidilao has never raised funds before. What made you decide to go public, and how long did the process take?

Zhang: I think it’s inevitable that companies go public, raise funds and invest in new technology. We haven’t exhausted our “bullets and supplies,” but I am worried that we might be short of money in the future given that our stores are expanding at such a fast speed. I think Haidilao is ready for the stock market for two reasons: one, we have found the way to make (our business) scalable; two, we are big enough. It didn’t take that long. We made the final decision to seek an IPO late last year.

Why did you pick Hong Kong, instead of bourses in the Chinese mainland?

It isn’t that easy for catering companies to list in the Chinese mainland, where the number of listed ones is very small. I think we are as good as, if not better, than the ones that have already been blocked.

(Editor’s note: There are only three catering companies listed on the Chinese mainland, but more than twice that number on the Hong Kong Stock Exchange. The average price-to-earnings ratio of Hong Kong-listed food companies was 17.2 last year, according to Essence Securities, but Haidilao’s ratio has reached 68, based on the IPO price.)

How does Haidilao, which is famous for its service, manage its staff?

Restaurants and companies find it difficult to bring together the interests of the management and the employees. We have to put the saddle on the right horse. But I don’t feel like financially punishing the employees who make mistakes, because cash is the very reason for which they come to work for us. We scold them and compliment the outstanding ones in staff meetings.

Haidilao waiters can find this job rewarding. There are waiters from each of the restaurants that make more than 10,000 yuan ($1,456) a month, and some store managers earn more than 100,000 yuan a month (Editor’s note: The average annual disposable income in China was 25,974 yuan last year.) Some master’s degree holders have become our waiters.

How does the company measure store performance?

Although it is important to look at some of the statistics, such as area-effectiveness and gross margin, we think the most crucial criteria shouldn’t be so statistical. We evaluate a store with two indicators: if the customers are satisfied and that the employees are hardworking.

Have restaurants been affected after sanitation scandals? How will Haidilao solve this problem?

There has been some impact. The table turnover rate of the restaurants involved in the scandal has declined to four from five, but it is not that serious. I can’t stop rats from running into our place. So I was thinking, if there is nobody in the kitchen, will this also get rid of rats? I’ve been committed to automating the kitchen and the catering process.

Haidilao ran more than 360 stores by the end of June, in China and some other markets including Singapore, Japan and South Korea. Will it continue expanding overseas?

This is a must. Although China is big, the world is bigger than China. My target is to open Haidilao restaurants across the globe. So far the best-performing Haidilao stores abroad are in Singapore, and we’ll first go to Southeast Asia because people there use chopsticks.

Does the company plan to go high-end?

Luxury restaurants don’t make big money. The most profitable food providers, like Starbucks and McDonald’s, are cheap. The mass market is larger than the luxury market. I don’t advocate high-end restaurants; instead, I go for running the ones that ordinary people can afford.

You co-founded Haidilao in 1994 with your wife and another couple with initial capital of 8,000 yuan. At that time, each of you owned a quarter of the stake. In 2007, you bought 18% of the company from the other couple for a price proportional to the initial capital. You and your wife ended up the largest shareholder of Haidilao, holding 62%. Some people have accused you of downgrading your business partners, how do you respond?

Equity is essential to a company’s growth. If a company can’t pick out someone in charge of the equity, there will be a problem. We initially held equal portions of equity, but there were gradually some conflicts regarding the status in the company when it grew to a certain degree. The one who is most capable and has contributed the most to an organization should be promoted. When a friend becomes someone superior, the other friend must feel a bit uncomfortable.

For the equity purchase, the initial plan was to split the company up, to which the four of us all disagreed, so we ended up with this compromise. Many companies haven’t settled the equity issue at the early stage, and the co-founders have usually gone to court.

My business partners and my family are still friends, who visit us on holidays and their children are my godson and goddaughter.