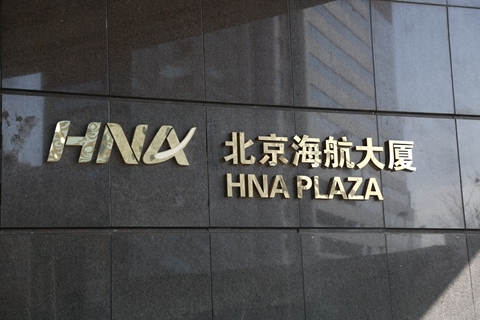 China Vanke, a leading property developer, will acquire all of Hainan Airlines’ stake in Beijing Guosheng Property Management Co. Ltd., according to a filing by Shanghai-listed Hainan Airlines. The HNA unit said the deal will generate net income of 557 million yuan.

Beijing Guosheng was set up in June as a vehicle to facilitate HNA’s asset disposals. Its main asset is the HNA Plaza in northeast Beijing’s Chaoyang District. The building, which was acquired by Hainan Airlines in 2008, hosts the headquarters of several HNA subsidiaries.

The latest deal follows a string of asset sales by HNA since late last year amid regulatory concerns that the conglomerate’s wheeling and dealing had saddled it with too much debt. The divestitures represent a course reversal after years of aggressive expansion in which HNA snapped up more than $50 billion of global assets in aviation, tourism, real estate and other sectors.

HNA previously said that during the first six months of 2018 it disposed of more than 60 billion yuan ($8.8 billion) of assets, including stakes in Hilton Worldwide Holdings Inc. and NH Hotel Group SA.

HNA’s late chairman Wang Jian, who died July 3 in an accident in France, told Caixin in an interview earlier that HNA expected to sell off about 300 billion yuan of assets this year.

But HNA is still in a cash crunch as several units defaulted on loans this year. On Sept. 13, HNA Innovation Co. Ltd., a tourist site development unit, missed repayment on a 300 million yuan loan extended by a trust company. Last month, Shaanxi International Trust Co. demanded that a court freeze some stock holdings of HNA Tourism Group after the unit defaulted on a 500 million yuan loan payment.

HNA has sought to ease capital pressures by borrowing on the bond market. Hainan Airlines this month issued two batches of bonds worth 1.3 billion yuan and another unit, Bohai Capital Holding Co., sold two bond issues since June. But buyers subscribed for less than 60% of the offerings, reflecting lukewarm investor sentiment.