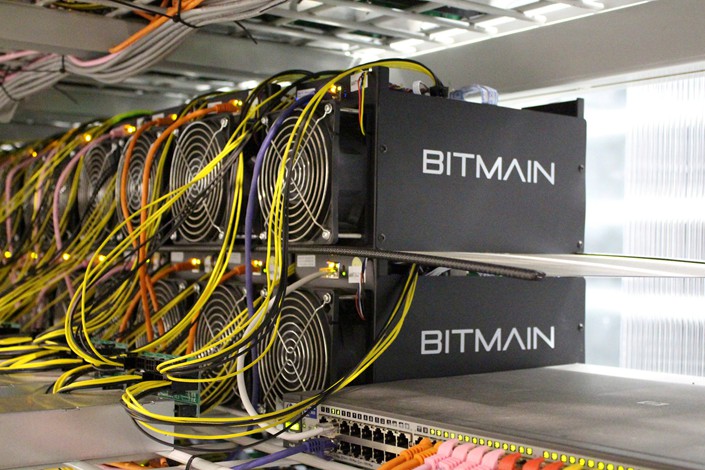 * Company acknowledges that its rapid growth of past three and a half years may not continue, citing a series of risks that could adversely affect its business

* Bitmain’s dependence on China could also pose risks on several fronts, including the changing regulatory environment, a slowdown in economic growth, and capital controls

(Beijing) — The world’s largest manufacturer of equipment used to mine virtual currencies is gearing up for a Hong Kong listing despite a cooling market for initial public offerings and a slump in cryptocurrency prices.

Bitmain Technologies Ltd., which is estimated to be worth $14 billion, published a 438-page preliminary prospectus in a filing to the Hong Kong Stock Exchange late Wednesday — a standard step for any initial public offering (IPO) on the bourse. The company didn’t disclose a timetable for the IPO or how much money it’s seeking to raise.

Beijing-based Bitmain, which was founded in 2013 by Chinese entrepreneurs Micree Zhan and Wu Jihan, has a 74.5% share of the world’s cryptocurrency mining hardware market, according to the draft prospectus, which cited estimates from U.S. consulting firm Frost & Sullivan. It completed its third round of private fundraising in August, raking in a total of $442 million from multiple investors who bought a combined 3.07% of the company. The investors include Singapore’s sovereign wealth fund Temasek and the Chinese Academy of Sciences, the document showed. The figures give the company a valuation of $14.4 billion.

The company also designs and helps make semiconductors for cryptocurrency mining and artificial-intelligence applications, which it describes as being at the core of its equipment. Around 90% of the company’s income comes from the sale of mining hardware such as high-powered chips, with the remainder contributed by other businesses such as proprietary mining of cryptocurrencies and operating bitcoin mining pools, where miners combine their processing capacity and split the rewards. Bitmain says its two mining pools — BTC.com and Antpool — are the world’s largest in terms of computing power.

Bitmain said it had experienced “exponential growth” over the past three and a half years as it rode the coattails of a boom in cryptocurrencies such as bitcoin and Ethereum.

The price of bitcoin, the most widely traded cryptocurrency, has gone from boom to bust over the past year, according to its price index published on the website of CoinDesk, a data and information services company for the crypto industry. After more than tripling from $5,857 to a record $19,343 in just one month through Dec. 17, 2017, Bitcoin then slumped back to $6,914 by Feb 5, and hasn’t gone back over $10,000 since March. It was trading at around $6,450 on Thursday. Ethereum, another popular virtual currency, has had a similar trajectory, and has sunk from $1,311 in early January to $213 as of Wednesday, CoinDesk data show.

Bitmain’s dependence on China, both in terms of the location of its operations and its customers, could also pose risks on several fronts, including the changing regulatory environment, a slowdown in economic growth, and capital controls. Almost half the company’s revenue was generated in China in 2017.

The Chinese government has taken a hard-line stance on the trading of cryptocurrencies because of concerns over speculation and fraud, although it has taken a more relaxed view of crypto mining.

In September 2017, the central bank and six other regulatory agencies declared initial coin offerings a form of illegal fundraising and shut down local crypto platforms that facilitated such deals. Major virtual currency exchanges based in China have since moved overseas, mostly to Singapore, Japan and Hong Kong, but continued to serve domestic investors. Other companies have continued to operate on the mainland by acting as market-makers and guarantors in over-the-counter trading, which was not explicitly banned.

As a result, China’s share of global crypto transactions has dropped from 90% to less than 5%, latest official figures show.

Although Bitmain gave no timetable for its listing, the current market environment has been less than friendly to new companies. Hong Kong stocks are in the grip of a bear market, with the benchmark Hang Seng Index having fallen 20% since January.

Three mainland companies that launched initial public offerings in the city recently have seen their shares tumble — notably investment bank China Renaissance Holdings Ltd., which slumped as much as 19.5% in its debut on Thursday.