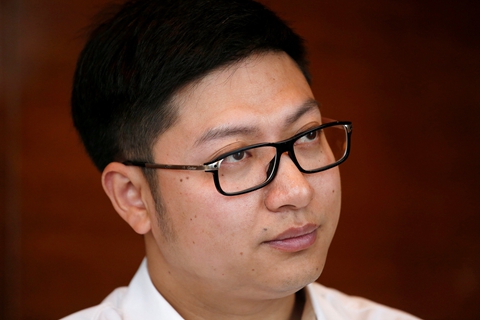 Canaan Creative Co. Ltd, which previously sought a back-door listing on the mainland, instead plans to list overseas, as it “will help Canaan better communicate with global investors and other business partners,” company Chairman Kong Jianping told Caixin in an interview Friday.

Canaan had tried to list on Shenzhen’s New Third Board, a Nasdaq-style venue that is part of the city’s stock exchange, after failing to meet the regulatory requirements to list on the mainland’s main boards in 2016. However, this plan will be set aside because of the firm’s recent “strategic business shift”, Kong said.

Virtual currencies are decentralized mediums of exchange, not subject to oversight by an authority such as a central bank, produced collectively by a system of “miners.” The software in virtual currency mining machines creates the secure blockchain links that form the basis for the currency.

Bitcoin, created in 2009, was the first cryptocurrency and is still the biggest by far. There are now more than 1,500 such currencies, with that number growing rapidly.

The Hangzhou-based Canaan – which was valued at 3.3 billion yuan ($523 million) after its first found of funding in 2016 – has seen demand for its mining machines soar in recent years due to the boom in the cryptocurrency industry.

However, Kong said the regulatory crackdown was not the reason that Canaan has chosen to list overseas.

“The Shanghai Stock Exchange actually hopes we can list there, and we may also consider a secondary mainland listing by issuing depository receipts,” he said.

Canaan, which claims to supply 20% of all mining machines worldwide, expects its revenue to jump to 10 billion yuan this year – up from 1.2 billion yuan in 2017. Canaan’s main competitors are now Beijing-based Bitmain and U.S.-based Bitfury.

Kong also said his company plans to diversify revenues, which are now mainly generated from the sale of mining machines in the domestic Chinese market.

“Canaan will soon add more products to its selections, including computer chips that are not used for bitcoin mining and home appliances with blockchain computing capability.” said Kong.