Trump Accuses China of Trying to Interfere in Midterm Elections 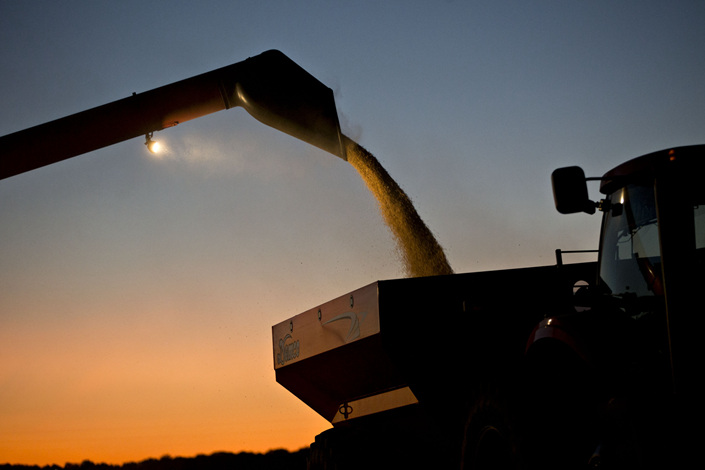 (Bloomberg) — U.S. President Donald Trump told the United Nations Security Council that China is attempting to interfere in the 2018 midterm congressional elections and alleged Beijing seeks to help his opponents.

“Regrettably, we’ve found that China has been attempting to interfere in our upcoming 2018 election, coming up in November, against my administration,” Trump told the Security Council on Wednesday at a meeting he hosted. “They do not want me or us to win because I am the first president ever to challenge China on trade and we are winning on trade, we are winning at every level. We don’t want them to meddle or interfere in our upcoming election.”

A tweet he posted shortly afterward suggested he was basing the accusation on the Iowa newspaper ad.

“China is actually placing propaganda ads in the Des Moines Register and other papers, made to look like news,” Trump said in the tweet.

While U.S. national security officials are on high alert for attempted election interference by a foreign adversary, Russia has been seen as a more likely threat than China.

“We do not and will not interfere in any country’s domestic affairs,” Chinese Foreign Minister Wang Yi said at the Security Council meeting, through a translator. “We refuse to accept any unwarranted accusations against China.”

Dan Coats, the director of U.S. national intelligence, told reporters Sept. 12 that China was one of several countries with “capabilities” to interfere in the elections. “It’s more than Russia here that we’re looking at,” he said. But he didn’t allege that Beijing had taken any action.

Trump has slapped tariffs on $250 billion in Chinese goods as part of an escalating trade war between the two countries, and several of his advisers said he was likely referring both to Chinese counter-tariffs that have targeted politically sensitive industries — especially in Midwest states Trump won — as well as the Chinese public-relations campaign.

An administration official who briefed reporters later in the day on condition of anonymity cited the Chinese counter-tariffs, which included U.S. soybeans among their targets. The official said China also rewards and punishes businesses, advocacy groups and journalists based on their support or opposition to government policies.

Vice President Mike Pence will give a speech on the topic next week, the official said.

The U.S. intelligence community concluded that Russia interfered in the 2016 election with a covert social media campaign intended to help Trump win. He has grudgingly accepted the conclusion but insists the meddling didn’t assist his campaign.