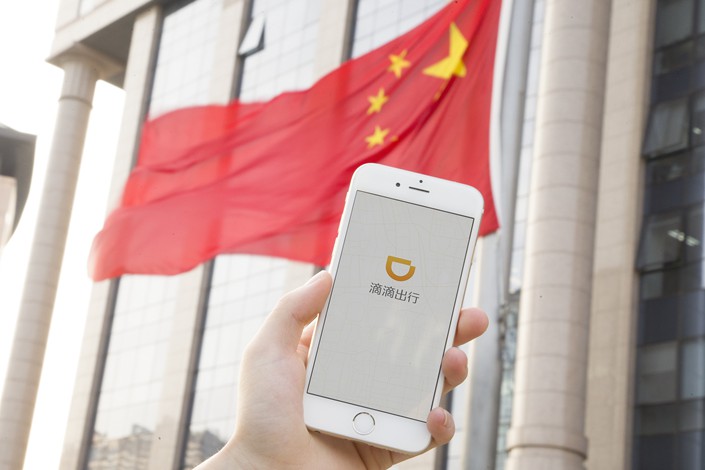 China’s transport ministry has criticized car-hailing giant Didi Chuxing for numerous shortcomings in the wake of a murder case linked to one of its drivers, adding a major voice to a growing chorus of official complaints about monopolistic behavior.

Didi controls the vast majority of China’s ride-hailing market following its merger two years ago with the Chinese unit of global giant Uber. Since then the company has come under occasional criticism for monopolistic practices. More recently it has been under fire after a 20-year-old female passenger using its Hitch carpooling service was allegedly raped and murdered by her driver last month. That case marked the second such incident for Didi within months.

Following the murder case last month, the Transportation Ministry and other authorities conducted two-week inspections of Didi and other carpooling platforms earlier this month.

The latest sign of official frustration with the company came in the results of that investigation released on Thursday. The investigation uncovered a wide array of problems including monopolistic behavior, some illegal operations, weak emergency management, practices that posed dangers to social stability and public safety, and insufficient protection of personal information by Hitch, the cheapest of its private car service offerings.

As a result Didi, whose backers include Apple and Japan’s SoftBank, has rolled out improvements to boost passenger safety, including in-car audio recording and a system allowing passengers to quickly call police when dangerous situations arise.

“It’s fair to say that Didi’s rectification efforts are still lacking, are incomplete,” Wang said at media briefing in China’s commercial capital. “The company’s level of cooperation has room for improvement.”

At a broader level, some say officials’ frustrations arise from Didi’s overly dominant market position following the $35 billion Uber China merger in 2016. That deal saw Didi emerge with 80% of the market, significantly reducing competitive pressure on the company.

Didi didn’t apply for antitrust clearance for the Uber merger from the Ministry of Commerce, one of the country's regulators charged with guarding against monopolies. The company said an anti-trust review was unnecessary because the two companies that merged were earning less than China’s anti-trust law’s threshold of 10 billion yuan ($1.5 billion) in annual revenue.

But the ministry didn’t accept that interpretation and is still investigating anti-competitive implications for Didi, even though Didi and Uber China merged their operations long ago.

The Commerce Ministry started its investigation in September 2016, not long after the merger was announced, even though Didi never made a formal application. But no result has been provided two years later, much longer than the limit of 180 days in the anti-trust law. A ministry spokesman said last year that time is needed for a comprehensive analysis and evaluation of the carpooling market due to the industry’s infancy.