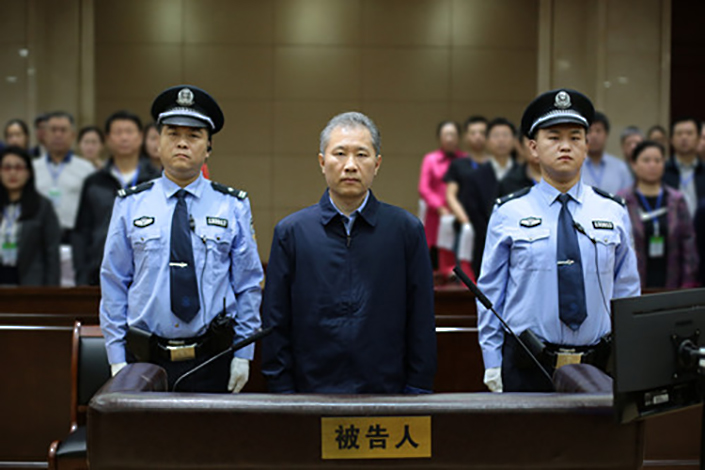 A veteran securities regulator was sentenced Friday to 18 years in prison for corruption and insider trading, a city court ruled.

Yao Gang, former vice chairman of the China Securities Regulatory Commission, stood accused of using his high-level government positions to seek benefits for companies in talks for mergers or share transfers, as well as to help companies avoid regulatory penalties, according to the Intermediate People’s Court of Handan city in North China’s Hebei Province.

In return, Yao received bribes worth more than 69.61 million yuan ($10.11 million) through his family members between 2006 and 2015, according to the court’s verdict. He was also involved in insider trading from January to April 2007, gaining more than 2.1 million yuan in profits, the court said.

As punishment, Yao was asked to forfeit all property linked to the bribery cases and was also fined 11 million yuan, according to the verdict.

Yao had been considered the regulatory official with the most stock market expertise. He graduated from the elite Peking University in Beijing and obtained a doctorate from the University of Tokyo. He began his career working in futures and investment banking at Japanese and French financial institutions.

Yao joined the securities regulator in 1991. He then worked for a domestic securities firm for a while before returning to the securities watchdog in 2002, where he went on to head the department overseeing company applications for initial public offerings.