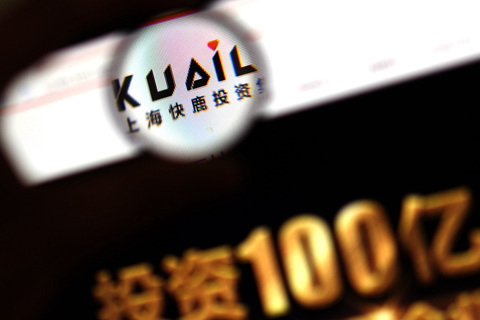 Twelve people went on trial Wednesday over a 40 billion yuan ($5.8 billion) Ponzi scheme that led to the collapse of a high-profile Chinese peer-to-peer lender in Shanghai.

The case involves Shanghai Kuailu Investment Group and two affiliated companies on charges of fraud and illegal fundraising that caused losses to investors of more than 10 billion yuan. The 12 on trial are former executives. More than 700 people, including some swindled investors, attended the trial.

Prosecutors said Kuailu was financially crippled in early 2014, and the group’s Chairman Shi Jianxiang, who fled China in 2016, conspired with executives to illegally raise funds from the public through a Ponzi scheme.

Between March 2014 and April 2016, East Hongqiao Small-Sum Credit Co., a microloan lender backed by Kuailu, fabricated large amounts of credit certificates, guaranteed by another Kuailu-affiliated company, prosecutors charged. Then the guaranteed debt was packed into various wealth management products and sold to the public through Kuailu and its affiliates, according to court documents.

Prosecutors said Kuailu and its affiliates, without any regulatory permit or registration, lured investors with high returns and illegally collected more than 40 billion yuan from the public.

The money was then transferred to the accounts of shell companies set up by Kuailu, but only about 9.8 billion yuan was actually used in investment and operation activities, prosecutors said. The rest was used to pay interest to earlier investors and spent on executives’ lavish lifestyles.

The company also poured money into such high-profile projects as the Hollywood film “The Bombing,” starring Bruce Willis, according to court documents.

Kuailu’s cash-flow problems first appeared in March 2016 after the company was exposed for box-office fraud surrounding a movie in which it invested.

Panicked investors flocked to the company demanding their money back after several of Kuailu’s fundraising platforms halted redemptions.

In September 2016, the police raided Kuailu’s offices in Shanghai and arrested five people on suspicion of illegal fundraising.

Kuailu Chairman Shi quickly fled to the U.S. after the scandal. He is still on China’s international wanted list. Even after Kuailu collapsed, Shi continued to remotely control the company by directing other executives to dispose of assets, Caixin learned.

As of Thursday, the court hadn’t announced a verdict. It’s not clear how Shi would be charged in the case.