By Qian Tong and Leng Cheng 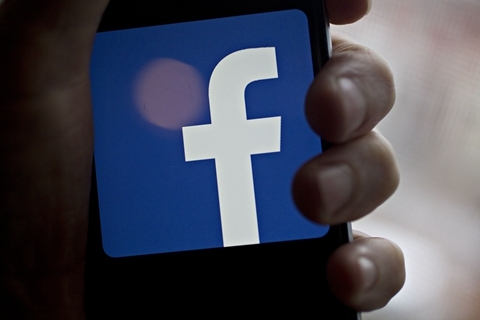 Facebook has been in contact with local authorities in Hangzhou, but officials have not yet issued a business license to any Facebook entity, a Chinese official said at a press conference in Beijing on Friday.

China has not yet granted a business license to any onshore entity of social network giant Facebook Inc., a Chinese official said Friday, a statement that underscores the obstacles the Silicon Valley company continues to face in trying to re-enter the world’s largest internet market.

Facebook registered a wholly owned subsidiary in the southern city of Hangzhou on July 18, with initial registration capital of $30 million, according to a government filing on July 24.

Facebook explained the unit was intended to serve as an “innovation hub” to coordinate the efforts of the company’s staff with Chinese internet developers. However, the records of the registration were taken off the government website shortly after they appeared and remain unsearchable in the official registration system.

Facebook has been in contact with local authorities in Hangzhou, but officials have not yet issued a business license to any Facebook entity, Liu Liehong, deputy director of the China Internet Information Office, said at a press conference in Beijing on Friday.

Asked whether foreign internet giants such as Google and Facebook would be allowed to carry out non-core business operations beyond search engine services or social media services in China, Liu replied that such businesses are welcome as long as companies obey Chinese laws and regulations, as well as respect Chinese history and culture.

Facebook has made numerous visible efforts to re-enter China since its services were blocked in the country ten years ago. Company founder Mark Zuckerberg travels frequently to China and has long made it known that he wants to bring his service back to the country, the world’s biggest internet market with more than 700 million web users.

"It's such an important part of the world,” the CEO once said, making clear his ambitions. “How can you connect the world if you leave out China's 1.3 billion population?”

In addition to his high-profile trips, which include his famous “smog jog” in front of China’s symbolic Tiananmen Square in Beijing, Zuckerberg has also hosted one of China’s top internet officials at Facebook’s Silicon Valley headquarters and met President Xi Jinping in Washington during a visit in 2015.

Facebook’s WhatsApp instant messaging service is accessible in China, but the hugely popular WeChat messaging app, owned by internet giant Tencent Holdings Ltd, dominates the local market. Most observers believe Facebook would have to enter China through a joint venture, or start with non-core business operations, due to Beijing’s strict laws that require all websites to police themselves to remove sensitive content.

The company’s last attempt at a low-key entry, a photo-sharing app called Colorful Balloons, which was operated by a company sharing the same legal representative as the Hangzhou entity established in July, is no longer available in Chinese app stores.