Urs Schoettli: Why Sanctions Are Useless and Dangerous 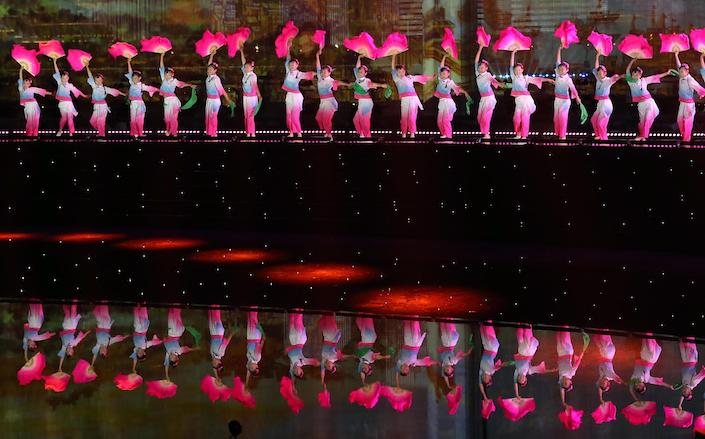 Geopolitics has always played a role in the development of the world economy. However, in recent times, as the global power game has become more complex, its impact on international trade and investment flows has increased considerably. This is particularly the case in Asia, where the rise of China is upsetting established power patterns. Today, we deem geopolitics to be one of the most important drivers of economic growth in Asia.

Geopolitics rests on a number of tools ranging from diplomacy to military interventions. One of the tools that seems to have gained attraction amongst a number of governments is sanctions. Particularly, when problems are too intricate to be solved expeditiously, ordering the imposition of sanctions gives the impression that the government that propagates them is in control and is acting. Bearing in mind the current trend towards populism in several democracies, sanctions are useful to fool the public into believing that one is doing something, that one is in charge of things.

It is to be expected that people who are opposed to or skeptical about free trade eagerly support sanctions. However, it is surprising that people, who in general are favorably inclined towards free trade and international finance flows, support sanctions. This has to do with the emphasis on moral criteria, which are usually forwarded to promote and defend sanctions. As one is impotent to change things for the better in the target country, one consoles one’s conscience by drumming up support for sanctions.

Sanctions enforcement like area bombing can be attractive as an impressive show of overwhelming force. In both cases massive damage, often afflicting masses of innocent people, can be wrecked, But in both cases the targeted opponent is usually not brought to its knees by such indiscriminate destruction. Countries and regimes that in some cases have been under sanctions for decades have not succumbed to external pressure. Telling examples are Cuba and North Korea.

The main argument brought forward by the advocates of sanctions is that if the world does not react against gross violations of basic human and civil rights, it will allow rogue regimes to spread and set examples for other fragile societies. If a government commits genocide and its crimes are reliably documented, is it not appropriate to ostracize the perpetrators of such crime? Is it not better to apply sanctions instead of declaring war and intervene in favor of a violent regime change?

We know from experience that most decisions taken by the United Nations on sanctions against a specific country are not based on unanimously agreed-upon principles. Usually there are coalitions of countries that oppose or promote sanctions. Under these circumstances decisions are biased and highly questionable. Very rarely do we see a unanimous decision to impose sanctions. Sanction busting is, therefore, the most common instrument to overcome the restrictions that have been imposed. North Korea was capable of developing its nuclear capabilities in spite of numerous sanctions.

The most convincing argument against sanctions is that they generally hit the common person and not those in power who are supposedly the main targets of the sanctions. Perversely, it is this infliction of pain that will enhance the survival chances of the targeted regime. The nation, the national dignity is at stake and in these circumstances anybody not closing ranks with the authorities is a traitor. In most cases sanctions strengthen the regime they are supposed to undermine.

The question then is: what else? Is the world community condemned to coexist for ever with rogue regimes? Is there a more efficient alternative to sanctions?

Engagement and incentives have proven to be much more useful, provided they do not pursue a hidden agenda. In the recent past China has twice demonstrated how engagement can work. The first case in point is the Shanghai Cooperation Organization. When the Soviet Union collapsed and its Central Asian republics gained independence, the world was faced with huge challenges. Amongst them was the danger that Islamic extremists would fill the void after the withdrawal of the Soviet Union and that the newly independent countries with their weak governance structures would become a refuge for terrorists. It was China that speedily engaged itself in the region and exercised great responsibility in establishing useful channels for regional integration. Today the Shanghai Cooperation Organization is firmly established and plays an important role in the political and economic consolidation of Central Asia.

The second example were the Six-Party Talks on North Korea that took place in Beijing from 2003 to 2009. The talks did not lead to a successful conclusion, which does not belittle the fact that it was a valid initiative, which had a substantial potential to succeed. In fact that the talks were ultimately suspended was due to the intransigence of some participants and the understandable concern of North Korea that the United States were demanding concessions without being willing to acknowledge the sovereign existence of North Korea.

Diplomacy is often not a thankful task as it takes enormous skill and huge patience to eventually come to a satisfactory solution. There are also no guarantees that, however much time and effort is invested, diplomacy will succeed. However it is a useful tool to exercise soft power and it provides for solutions which cannot be achieved by the brute force of sanctions. China has a long history of skillful diplomacy and interaction with foreign powers. Now that a number of countries around the globe are unsettled by the erratic foreign and security policy of the United States, there should be widespread interest in a successful use of soft power making ineffectual sanction policies superfluous.

Urs Schoettli is a consultant on Asian affairs and a former Far East correspondent of the Swiss newspaper Neue Zürcher Zeitung.