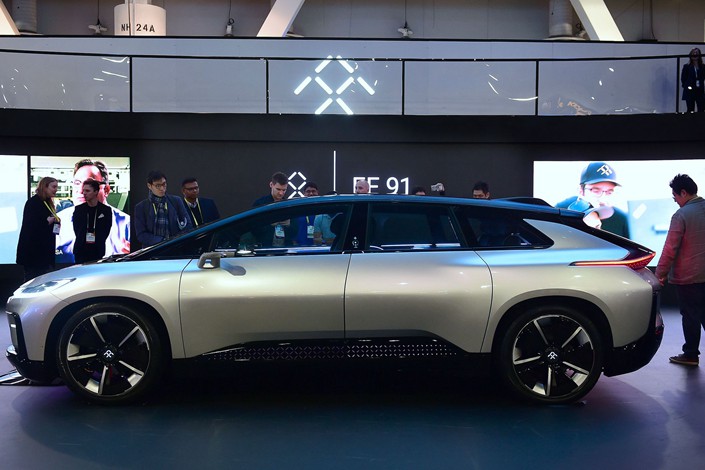 Faraday Future, the electric-car maker founded by blacklisted Chinese entrepreneur Jia Yueting, is embroiled in a war of words with one of China’s largest real estate companies over an investment deal.

Evergrande Health said it agreed to invest $800 million in 2018 and would complete the deal with additional installments of $600 million in both 2019 and 2020. That move was widely seen as representing the ambition of China’s third-largest real estate company to drive into the auto industry.

But in a filing to the Hong Kong Stock Exchange on Sunday, Evergrande Health accused Faraday Future and its CEO, Jia Yueting, of attempting to renege on the agreement and deprive it of the rights it received in return for the cash infusion.

Evergrande Health said it was manipulated into paying $700 million ahead of schedule by being forced to sign a supplemental agreement in July after Faraday Future had squandered the initial $800 million investment. The manipulation was possible due to Jia’s abuse of his control of the majority of the seats on Smart King’s board of directors, according to the filing.

The filing also said that Faraday Future is seeking arbitration in Hong Kong to strip Evergrande Health of its consent rights regarding future Smart King financing deals, along with other rights.

As a response, Faraday Future took to Twitter on Monday to dispute the details of the supplemental agreement and said that nobody “manipulated” Evergrande into the agreement and instead accused Evergrande of deliberately delaying payments.

“Evergrande had a full understanding of why the funds were needed, and when they were needed, in order to achieve production … of FF 91 in 2019,” it said, referring to its signature electric car model, rolled out earlier this year.

The statement continued to claim that “contrary to what has been reported, Evergrande failed to make any of the promised additional payments beyond the original $800m investment.”

The squabble between the pair is expected to cast further doubt on Faraday Future, which has been strapped for cash amid the legal troubles of the founder and CEO. Jia has been blacklisted as a debt defaulter by Chinese regulators for failing to repay about 480 million yuan ($69.9 million) in debt owed by LeEco, the one-time star Chinese tech company that Jia founded.