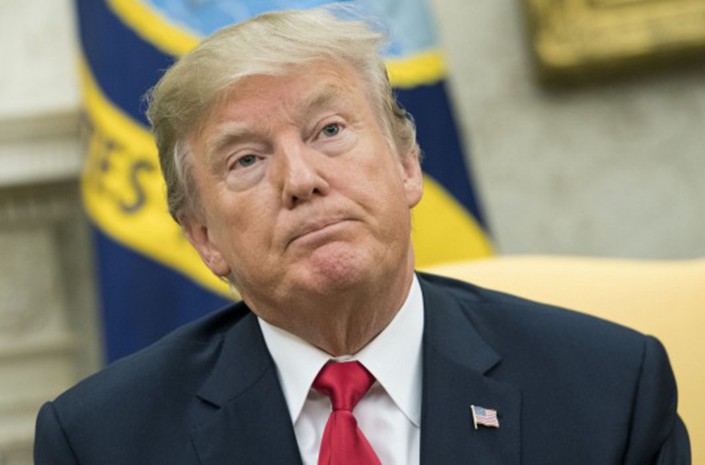 After decades of generally supporting China’s integration into the global economy, Washington is now in the formative stages of trying to dislocate commercial supply chains between Beijing and America’s foreign partners.

An extreme scenario mapped out by finance policymakers at the International Monetary Fund meetings in Bali last week was the possibility of Trump eventually escalating his economic attacks on China by pushing for Iran-style multilateral sanctions.

Such an acute move, however improbable, would force countries such as Australia to choose between doing business with China (our biggest trade partner) and the U.S. (our largest foreign investor and security ally).

In parallels to the Cold War, it is already becoming clear the U.S. will sometimes lean on allies to choose between the competing American and Chinese systems.

The difference today is the global economy is much more intertwined and China’s economy is bigger than the USSR was, so the economic ramifications could be wide-reaching.

Derek Scissors, a U.S.-China economic expert at the American Enterprise Institute in Washington, says the U.S. is considering more steps “that would move closer to forcing countries to limit their trade and investment with either China or the U.S., especially in advanced technology.”

Australia has a free trade agreement with Beijing because — unlike the U.S. — Canberra recognizes China as a “market economy.”

The U.S.-Mexico-Canada (USMCA) trade pact obliges the countries to tell Trump three months in advance before negotiating a free trade deal with a “nonmarket economy” — code for China.

If Canada or Mexico strikes a deal with Beijing, the U.S. could terminate the USMCA with six months’ notice.

Peterson Institute for International Economics senior fellow Chad Brown says the U.S. is saying that, “When it comes to China, it is either us or them.”

While the China-Australia free trade deal will not be unwound, it is not hard to imagine the U.S. pressuring Australia to more tightly scrutinize commercial relations with China in other areas such as technology and infrastructure.

The U.S. may prefer Australia limit supplying China dual-purpose technologies that have both civilian and military uses.

Australian university collaborations with China on research and development, particularly in emerging technology such as artificial intelligence and quantum computing, could face scrutiny.

Fergus Hanson, Australian Strategic Policy Institute head of international cyber policy, says the U.S. seems to be pressing its allies to “muscle up to China”.

“Traditionally, the U.S. has leant on allies on commitments for troops in Iraq and Afghanistan and it hasn’t really gone much into the trade space and the need to pick sides,” he says. “On critical national infrastructure like telecommunications and software in critical systems, there will be growing interest around supply chain security.”

The Pentagon this month published a report that suggested Australia, Canada, Japan, the U.K. and U.S. co-operate more on the defense industrial base — potentially limiting links to China.

The U.S. made it patently clear to the Turnbull government that it would be problematic for their intelligence relationship if Australia allowed China’s Huawei to supply technologies to 5G wireless networks in Australia. Huawei was blocked from participating on national security grounds.

Australia will not always submit to U.S. preferences.

But Trump is a much more imposing leader, especially when he uses tariffs as leverage over incompliant allies, as he has done with Canada, Europe, Japan, South Korea and Mexico.

The U.S. is retaliating to China’s protectionism with its own attempt at “multilateral mercantilism” against Beijing, meaning Australian business and policymakers face harder choices.