China Investment Down Under Plunges as Relations Sour 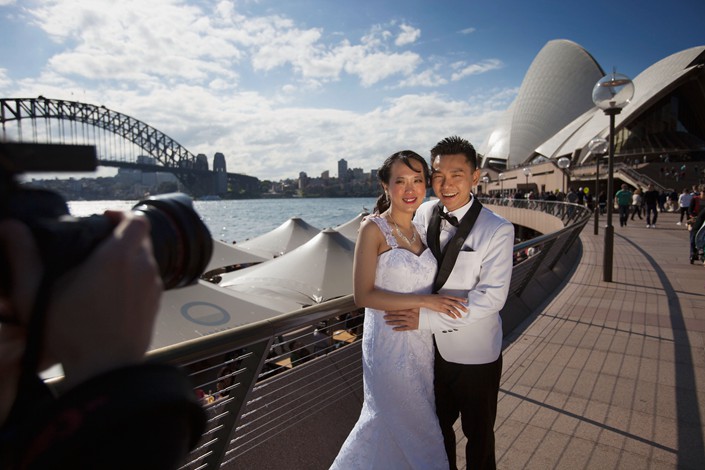 *Chinese investment in Australia dropped by 40% last year, following years of rapid growth, while broader outbound investment from the country as a whole fell by just 19%

*Bilateral relations have soured, with suspicion in Australia of Chinese investments and Beijing's political influence on the nation unlikely to dissipate under the new government in Canberra

(Beijing) — Chinese investment in Australia tumbled by 40% last year, according to new data, suggesting political tensions between the pair over the last two years have wreaked even greater damage on economic ties than most had thought.

Investment by Chinese entities fell to A$8.9 billion ($6.3 billion) in 2017 from a peak of $10.52 billion a year earlier, according to data from the China Investment in Australia (CHIIA) Database, a research collaboration between the East Asian Bureau of Economic Research, the Australian Treasury and other partners that was launched at a forum in Sydney on Monday.

Australia’s vast mineral and metal reserves have provided a major part of the raw materials for China’s economic transformation over the last four decades, with the bilateral trade helping Canberra go 27 years without an economic recession. China has become a major investor in Australian real estate, manufacturing, energy and mining, according to the CIIA database.

Relations have become strained over the last two years, however, partly due to scandals over alleged Chinese influence in Australian politics. Labor Party politician Sam Dastyari resigned as president of the Australian Senate in January after reports revealed he had taken payments from figures with ties to the Communist Party of China.

Suspicion has also grown over Chinese investment in the country. In 2016, Australia blocked Chinese companies from taking over electricity company Ausgrid, as well as cattle farm S. Kidman & Co., due to concerns over Chinese ownership of critical national assets.

Australia historically has been able to handle differences with Beijing with bipartisan support from its two main parties, said Malcolm Broomhead, director of mining giant BHP Billiton Ltd., at the Monday forum. However, he expressed little hope of relations improving in the near future. “For some reason, the recent government has gone out of its way in its rhetoric to almost insult the Chinese,” he said.

Some experts also expressed concern that the ongoing U.S.-China trade war will harm Canberra’s trade relations with Beijing. “The (Australia-China) relationship has been caught in the backwash of geopolitical developments,” said Peter Drysdale, a professor of economics with the Australian National University. “We’ve been caught in the undertow of that — and coming to terms with managing it is a big undertaking in any circumstances. But at the moment, Australia’s political leadership is concentrated on home issues.”

The forum was co-hosted by Caixin Global and The Australian Financial Review, and saw both outlets announce a content-sharing partnership that furthers Caixin’s aspiration to become China’s first private top-tier global news and information platform.