HSBC May Become First Foreign Firm to List in China 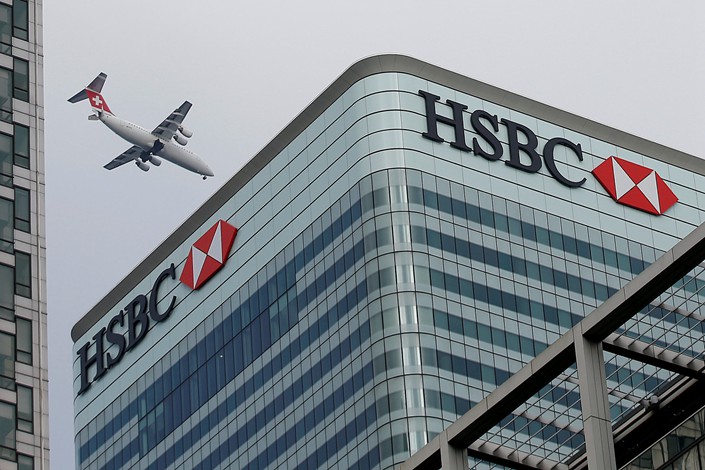 *An analyst said that the significance of this move will mostly be symbolic for HSBC, as it will “really help in terms of branding”

(Beijing) — Banking giant HSBC Holdings could become the first foreign company to list its shares in China under an initiative to link the London and Shanghai stock exchanges, giving the 153-year-old lender an opportunity to return to its roots.

Europe's largest bank, and the biggest overseas lender in China, said it is looking at issuing Chinese depositary receipts (CDRs) as part of the London-Shanghai Stock Connect, which is set to begin by the end of the year. The program will allow investors on both exchanges to trade stocks on each other’s bourses and also allow companies listed in either city to offer shares in the other.

“We are studying the proposed framework for the listing of Chinese depositary receipts under the Shanghai-London Stock Connect but cannot comment further at this time,” said HSBC in a statement to Caixin. The bank is working with its joint venture in China on the issuance of CDRs, but the size and time frame are still under discussion, Reuters reported, citing unnamed sources familiar with the matter.

HSBC, which was founded in Hong Kong and Shanghai in 1865, has its main listing on the London Stock Exchange with secondary listings in Hong Kong and Bermuda. It also trades on the Euronext exchange in Paris and on the New York Stock Exchange. This isn't the first time the bank has expressed interest in listing on the mainland — it was one of the candidates slated to sell shares on a proposed international board in Shanghai aimed at attracting global companies. Regulators announced the plan in 2009 but it was quietly suspended in 2012 after the stock market fell and concerns grew that the board would suck funds from the country's other bourses.

The expansion of the Stock Connect initiative is part of Beijing's strategy to open up its financial markets to foreign investors.

“The implementation should be rapid and thorough. We will try to get all the opening-up policy measures realized by the end of this year. So you will see something like the Shanghai-London Stock (Connect),” Yi Gang, China’s central bank chief, told Caixin last week on the sidelines of the International Monetary Fund’s annual meetings in Bali.

Under the guidelines, certain companies listed on the London Stock Exchange’s main board will be able to offer Chinese depositary receipts in Shanghai, while firms on Shanghai's main board will be able to sell global depositary receipts (GDRs) in the U.K. capital. London-listed companies need to have a market capitalization of at least 20 billion yuan ($2.89 billion) and must have been listed there for at least three years. They will only be allowed to sell existing shares via the CDRs and won't be allowed to raise fresh capital.

Huatai Securities, a Chinese brokerage firm, could become the first Chinese company to sell GDRs in London after announcing a plan (link in Chinese) last month to raise at least $500 million under the program.

The issuance of CDRs on the Shanghai stock exchange will be more of a symbolic move for HSBC, which will gain a lot of publicity that could help the bank's branding and business advisory services in China, according to Vincent Lin, an analyst at Beijing-based research firm 3rdstone Investment. “Everyone will be talking about it, so this will really help in terms of branding effect,” he said.