By Fran Wang and Liu Caiping 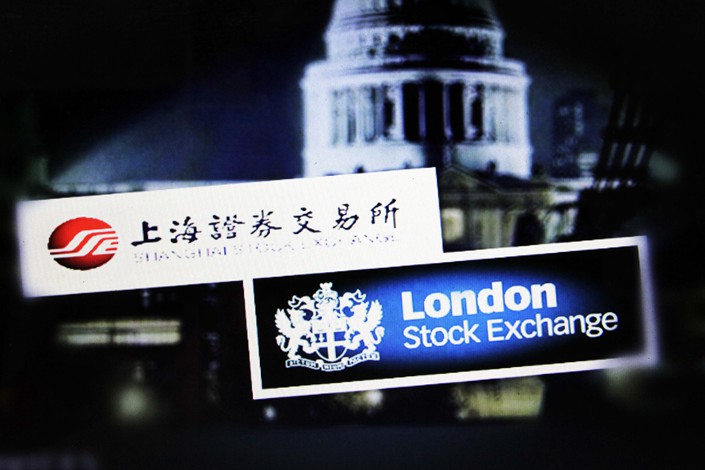 The Shanghai-London Stock Connect program, which the Chinese and British governments have been considering for about three years, is part of China’s effort to further open up its financial markets to foreign investors. Photo: IC

(Beijing) — China’s securities regulators have published draft rules allowing investors on the London and Shanghai exchanges to trade stocks on each other’s bourses, putting the long-awaited program one step closer to launch.

The Stock Connect program, which the Chinese and British governments have been considering for about three years, is part of China’s effort to further open up its financial markets to foreign investors. It also marks Britain’s drive to strengthen London’s status as an international financial center and enhance economic ties with the world’s second-largest economy as the country faces uncertainties linked to the U.K.’s impending withdrawal from the European Union. Chinese central bank Governor Yi Gang said in April that the Chinese government aims to launch the Shanghai-London stock link by the end of this year.

The share-swap arrangement “provides issuers and investors in the two regions with the access to the other side’s market, which will enable domestic residents to invest in overseas products in the domestic market and support companies listed in the A-share market to raise funds abroad and to carry out cross-border … mergers and acquisitions,” the Shanghai Stock Exchange said in a statement (link in Chinese) on Friday.

Companies listed on the London Stock Exchange’s main board that meet certain minimum requirements will be able to access Chinese investors through the offering of Chinese depositary receipts (CDRs) in Shanghai. For example, the program has minimum requirements for a company’s market capitalization as well as how long it has been listed.

Meanwhile, firms traded on the main board in Shanghai with market caps above certain levels will be allowed to tap foreign funding by selling global depositary receipts (GDRs) in London, according to the proposed regulations (link in Chinese) published by the China Securities Regulatory Commission (CSRC) also on Friday and the Shanghai bourse statement.

Under the draft rules, which will be open for public comment until Sept. 15, Chinese companies can sell GDRs representing either new or existing shares. The price of GDRs backed by new shares must be calculated based on at least 90% of the Shanghai-listed stock’s average closing price over the previous 20 trading days.

However, London-listed firms have received permission to issue CDRs only for their existing shares. The deal is intended to prevent a siphoning off of funds from the A-share market, a source close to Chinese regulators told Caixin. The domestic stock market has already come under pressure this year from the country’s slowing economic growth and tight liquidity due to the government’s crackdown on shadow banking activities.

The number of the depositary receipts a company can issue will be subject to a limit set by the CSRC, the proposed regulations said.

The depositary receipts can be swapped into ordinary shares and vice versa at certain ratios. The convertibility is meant to allow “market-based adjustment” of the demand and supply of the depositary receipts and the balanced pricing of the notes and the shares they represent, the Shanghai bourse said in its statement, which is apparently aimed at dampening speculation on price differences in the two different markets.

But the conversions will be capped by a quota, the draft said, without providing details. In addition, conversion of GDRs into ordinary shares of Shanghai-listed firms will be banned for the first six months after the listing in London, with controllers of the companies being subject to an even longer lockup period of 36 months, in order to “protect the lawful rights and interests of domestic investors,” the CSRC said.