Opinion: Depressed Officials Are Killing Themselves. Their Mental Illness Shouldn’t Be Stigmatized 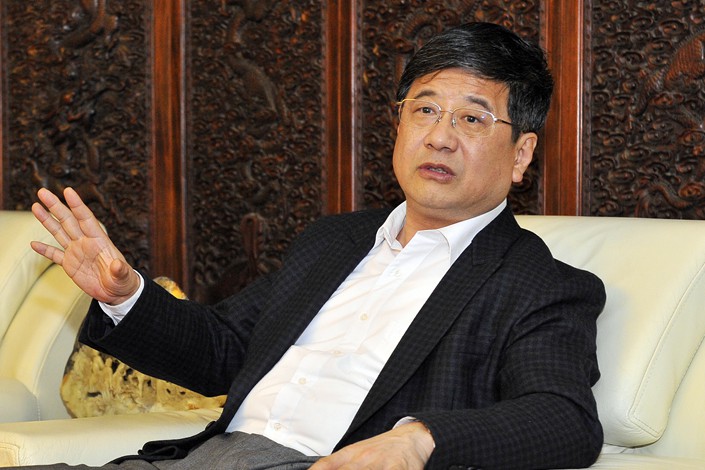 Zheng Xiaosong, director of the Chinese central government’s liaison office to the Macau special administrative region, died Saturday night after falling off the building where he lived.

He had suffered from depression, the Hong Kong and Macau Affairs Office of the State Council said in a brief statement on Sunday.

In recent years, we have seen many news reports about people who committed suicide due to depression, but in today’s story, the suicide was a high-ranking official. The tragedy, made public by the central government, was a particularly shocking one.

According to media reports, Zheng met with a director of a think tank in his office on Friday morning, the day before his death, and he was seen in photos acting normally.

No one knew of his inner struggles. But it led me to recall an experience I once had with another official.

‘His image would be ruined’

Last summer, a high-ranking local official reached out me through a friend to ask about treating depression. We met in private. Through our conversation, I sensed that the official had suffered from depression, which had been developing for a while. I suggested that he immediately seek help from a psychiatric hospital for proper treatment. He and his wife appeared reluctant to take my advice. They never looked me up again afterward. I still don’t know whether he sought treatment or what happened to him.

I remember, when bidding farewell to the official’s wife, asking her: “People with your social status, why are you looking to me for counseling?”

The wife sighed and told me that if her husband had another disease, his secretary would naturally make arrangements, and it would not be difficult to ask the best doctors to come to their home for diagnoses and medical treatment. But it is different with depression, because even if there are medical resources, they dare not use them due to concerns that other people could become aware of it.

I asked: “Even if it were exposed, so what?”

She sighed again: “If (someone) had depression, his image would be ruined.”

She didn’t continue, but I could understand her underlying tone: If people know that an official is suffering from depression, his career may be affected. It is fairly self-explanatory what having his career affected would mean to him.

I smiled ruefully to myself. I know that high-quality medical resources are scarce in China. Ordinary people don’t have the same access as officials to the best health care, but when it comes to mental illness, senior local officials and ordinary people have reached a certain level of “equality.”

Working until the end

After reading this news, I searched for “official suicide” on the internet and instantly got the following results:

At noon on May 21, Wang Xiaoming, deputy secretary general of the Beijing municipal government, jumped off a building after attending a meeting.

Ma Lijun, deputy director of Department of Transportation of Hubei province, jumped off an office building on May 24, 2016.

On Dec. 14, 2014, Zhang Wanjun, party secretary of the Xuanhua district of the city of Zhangjiakou, committed suicide in his office.

I noted that the officials with depression who committed suicide had one characteristic in common: Many suicides took place at the workplace. In other words, they worked almost to the last moment of their lives.

They did this probably because of their sense of responsibility; but at the same time, my observation is that they kept their illness a secret because they were unwilling to reveal it.

From this, I came up with a phrase: smiling depression.

Smiling depression is not a diagnosis, but a descriptive term. Smiling-depression patients have a common trait, which is they don’t want to talk. Although they feel extremely pained and depressed inside, they put a smile on their faces. It’s just that this kind of smile is not a real feeling from their hearts, but a smile for coping with work and being sociable. Their behavior is merely a cover; more profound pain and sadness are waiting for them after “smiling.”

Most smiling-depression patients are successful people with a high social status. They might hold a lot of power, but they also feel sorrow, pain, sadness and confusion. However, in order to maintain an impeccable image, they are reluctant to show negative emotions, and end up falling into a vicious emotional circle.

For example, the local high official mentioned above, even if he suspected that he was suffering from depression, he didn’t dare to seek help publicly; today’s reality is the higher the official’s rank, the fewer friends he has.

The accumulated pressure builds up deep in their hearts, and they have no way to release it. After the pressure reaches a certain point, they eventually break down. In public, they have to do their best to maintain their image, and when they are alone, the pain and sadness surges up; coupled with the various physical and mental symptoms caused by depression, they could suddenly feel life is not worth living.

I think this is probably why some depressed officials suddenly commit suicide in their offices.

I think they must feel ashamed of their diseases.

The so-called “sickness of shame,” hints at a public stigma toward certain kinds of diseases. It also refers to the patient’s self-inflicted feelings of shame.

This stigma causes patients to feel rejected by society and even themselves. Not all diseases incur a feeling of stigma. In general, infectious diseases and mental illnesses could result in severe feelings of shame.

Why does depression bring shame? I think it is because of the public’s misconceptions about depression: patients are abnormal; there are special reasons behind the illnesses; people who suffer from this disease are weak and vulnerable — simply put, they are abnormal.

The feeling of shame makes treating depression more complicated. People with prejudices against these patients can think they are weak, narrow-minded and unable to adapt to the environment. They are the losers in the social competition; some patients will even doubt themselves and think that they are unworthy of love, resulting in self-loathing and self-pity.

This is really a shallow misunderstanding. In fact, no one is in perfect mental health; no one can guarantee that they will be immune from depression.

Mental illness is different from physical illness. There are clear physical biochemical indicators to determine whether a physical illness exists, but depression is not so intuitive. Today’s medical model has developed into a “biological-psychological-social” model. If the “neurotransmitter” hypothesis of the biological model is used to explain the causes of depression, it can be expressed as that the biological essence of depression is the imbalance of neurotransmitters in the brain. Its lesions are invisible and intangible.

Like many people, I have also thought that depression is derived from weakness. After some research, I realized that people who have never had it may never understand the frustration, loneliness and desolation of those who get it. As a result of functional or organic lesions in the brain, they suffer from mental disorders and pain beyond their control. It is unfair for outsiders to stand on the moral high ground and pity them or criticize them with a sense of superiority.

Because of their feelings of shame, many people with depression suffer from social discrimination. They neither want to admit that they have depression, nor do they dare seek medical advice or ask for help from others. They have to put on a “smiling” face, struggling at work, resulting in both physical and mental fatigue. The delay in treatment eventually leads them down a road that they cannot turn back from.

Turning back to the recent news — today, many people are turning against officials. They make sarcastic comments when they hear some officials have suffered from depression. I feel that it is unfair to discriminate against officials.

Objectively speaking, today’s officials are facing unprecedented pressure. They are under pressure to deliver optimal results for tasks such as maintaining local stability and alleviating poverty. They have to deal with constant inspections while worrying about being sacked due to a failure to perform important duties. Showing signs of depression or anxiety will only incur more doubts from up the chain of command, and their jobs will be at risk.

Therefore, compared with ordinary people, the consequences for officials suffering from depression are more severe, so they struggle with shame and guilt even more than ordinary people when they got depressed.

It is this sense of shame that can be seen as a cause of suicide for some officials.

However, depression is indifferent to class, region or occupation. Dealing with depression begins with breaking the stigma!

Zhang Jin is the executive editor-in-chief of China Reform, a magazine under Caixin Media. He is also the author of a book on depression, “Passing Through.”