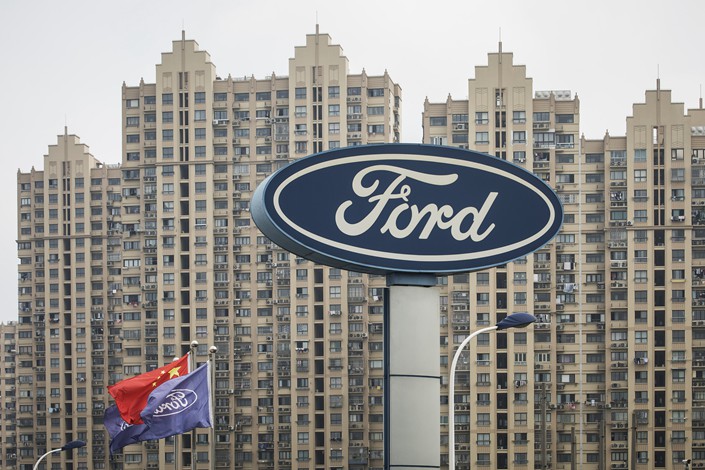 A Ford Motor Co. sign is seen next to a Chinese national flag and Ford cooperate flag in Shanghai on July 8. Photo: VCG

Ford Motor Co. has hired an auto industry veteran to lead its China business as it seeks to revive its sluggish sales in the world’s largest auto market.

Anning Chen, who previously worked at Ford and state-owned Chery Automobile Co. Ltd., will become president and CEO of Ford China effective Nov. 1, the company said in a statement on Wednesday. As part of the plan, Ford also said its China unit will become a stand-alone company, reporting directly to its global headquarters.

The purpose of the move is to “accelerate Ford’s return to profitable growth in China,” according to the statement.

Ford President and CEO Jim Hackett said, “Success in China is critical as we reposition our global business for long-term success. With today’s actions, we are strengthening our commitment to the China market and reorganizing our international markets to strengthen their performance.”

Ford’s China operations have been without a head since January, when Jason Luo abruptly resigned, citing personal reasons.

Ford has been caught up in the overall slowdown in the world’s largest auto market, which is set to suffer its first annual contraction after at least two decades of rapid growth.

With the new position, Chen will be tasked with implementing a series of initiatives that the company has rolled out in the country. In a bid to win back Chinese buyers, Ford earlier this month launched the Territory, one of several new SUV models. Ford has said it will launch 50 new vehicles in China by 2025.