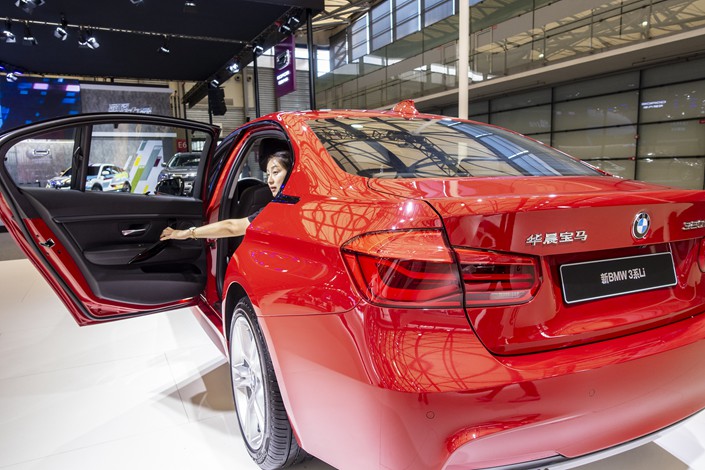 * Media reports put the value of the additional stake at $4.1 billion

(Beijing) — BMW AG has agreed to raise its stake in its Chinese joint venture to 75% from the current 50%, making the automaker the first beneficiary of Beijing’s policy to ease foreign-ownership limits in the industry.

Details of the deal have yet to be announced but media reports put the value of the additional BMW AG stake at 3.6 billion euros ($4.1 billion). Brilliance issued a statement late Thursday announcing the 25% share sale to BMW.

“BMW is the first automaker to benefit from Chinese rules to ease the foreign-ownership limit,” Li was quoted as saying (link in Chinese) in a government statement. “This shows that China is not merely talking about new measures of opening-up, but is also implementing them,” he said.

In April, China rolled out a timetable to open up its auto industry. The current 50% foreign ownership cap on electric vehicle-making ventures will be abolished by end of this year. The ceilings for all commercial and passenger vehicles will end in 2020 and 2022 respectively, according to the rules.

The deal will give BMW greater control of its business in China, while Brilliance’s holding in the venture will be reduced to 25%. As a result of the announcement, shares in Hong Kong-listed Brilliance were halted early Thursday. The company makes most of its revenue from the joint venture.

Brilliance’s Qi, however, has adopted a positive tone about the deal. He said it gives his company a first-mover advantage against its peers by reaching a deal earlier. They will all need to renegotiate the ventures with foreign automakers by 2022 anyway.

In line with its increased stake, BMW also announced that its joint venture with Brilliance will be extended to 2040 from its current expiration of 2028.

With around 560,000 vehicles sold last year, China is BMW’s biggest single market. The majority of sales are of locally produced vehicles from its two factories in Northeast China’s Liaoning province.

BMW said it will build a third factory in the province as part of a larger package worth more than 3 billion euros to invest in new and existing plant structures in the province in future years. That investment will propel its annual production in China to 650,000 units by the early 2020s, according to a company statement on Thursday.

Ramping up local production will be important for the German luxury-car maker, a large part of whose production is based in the U.S., at a time when the ongoing trade tension between China and the U.S. has seen each country hiking its car import levy.

BMW has also actively responded to China’s policy to develop electric vehicles. In July, the company announced it would invest about $130 million to establish a 50-50 joint venture in partnership with China’s Great Wall Motor Co. to produce battery-powered Mini cars in East China’s Zhejiang province.