By Zheng Lichun, An Limin, Xiao Ying and Han Wei 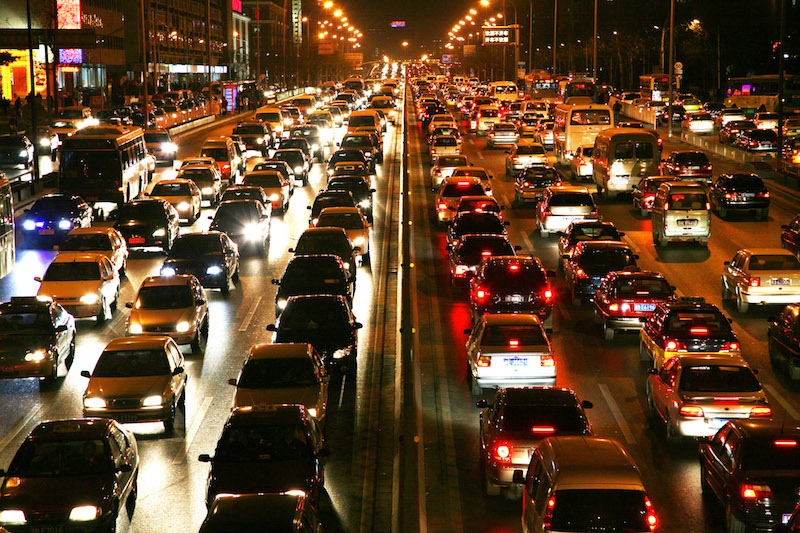 China overtook the U.S. to become the world’s largest in 2009. Photo: VCG

Elon Musk may never have expected China to respond so swiftly to his tweet earlier this year. Voicing the enduring discontent of foreign automakers, the CEO of Tesla complained on Twitter that China’s tariffs and foreign ownership limits put him in the position of “competing in an Olympic race wearing lead shoes.”

A month later, in April, Chinese President Xi Jinping announced that China would soon take away the lead shoes by dropping the limit on foreign ownership of domestic auto ventures and slashing tariffs. Policymakers in rapid-fire sequence over the following weeks set out timetables for accomplishing those changes. They also tilted new regulations in favor of electric vehicle makers such as Tesla.

Against the backdrop of trade tensions with U.S. President Donald Trump, some analysts said they see China’s bold moves toward auto industry liberalization as an effort to help defuse the situation. But others said the changes also signal Chinese regulators’ determination to advance the opening of the auto market after a decadelong tug-of-war with industry players. The policy switch also comes at a time when China’s leadership in creating demand for electric autos puts its car industry in a position of strength.

Debates over opening up China’s auto sector and whether doing so would threaten domestic companies have raged for years. Rules requiring foreign automakers to tie up with Chinese partners were designed to protect the fledgling companies and encourage them to learn from foreign partners. But decades after the first joint venture in the 1980s, Chinese automakers lag behind in core technologies while relying on easy money from joint ventures, industry analysts said.

In 2013, a statement by a Commerce Ministry spokesman on easing foreign ownership limits to encourage competition was greeted with strong opposition. Some in the auto industry called it a “betrayal.”

“China’s auto sector is ready and in need of further opening-up,” the regulatory official said.

Li Shufu, the chairman of privately held Zhejiang Geely Holding Group, the Chinese owner of Volvo Cars, once said scrapping the restriction on foreign ownership is the only way to make China’s auto market a level playing field. That would change the current situation in which private players are squeezed by the strong alliances between state-owned and foreign companies.

Market reactions to the latest moves to open up the industry were very different from four years ago. Major auto companies accepted the news calmly, and their shares largely remained stable.

Following Xi’s statement in April, the National Development and Reform Commission, a top industry policymaker, set a timetable to abolish the 50% cap on foreign ownership of Chinese auto ventures by 2022 and remove the limit of two ventures producing the same type of vehicle.

In May, the NDRC released a draft revision of the auto industry policy, in place since 1994. The new policy will clear regulatory hurdles for fully opening the world’s largest auto market and is expected to take effect by year-end, source close to policymakers said.

On May 22, China’s Finance Ministry announced that tariffs on a wide range of imported vehicles will be reduced to 15% from the current 25% while duties on imported auto parts will be cut to 6% from as high as 25% starting July 1.

Regulators are also trying to offset the impact on domestic companies through careful policy design. The proposed new policy bars building new factories to produce fossil-fuel burning autos, meaning foreign partners of current ventures can only adjust their ownership of existing joint ventures rather than building new plants in China.

Meanwhile, it opens the door for foreign companies like Tesla to set up wholly owned electric vehicle-making plants, a government priority and a sector with strong domestic competitors.

Musk’s long-sought plan to bring Tesla production to China is moving closer to reality. Last month, Tesla received tentative approval from the Shanghai government to build its own factory there, Caixin learned. The company last week announced at a shareholders meeting that it will produce batteries and assemble cars in a new Shanghai plant named “Dreadnought.”

It is widely believed that Tesla is among those benefiting most from China’s new auto policies designed to encourage advanced electric car manufacturing amid the country’s push to gradually phase out vehicles that burn fossil fuels.

A senior auto industry source said the success of Tesla has encouraged Chinese regulators to support electric vehicle development and inspired many Chinese imitators. In 2013, when the then-10-year-old Tesla reported its first quarterly profit, China beefed up incentives for new-energy vehicle development with generous subsidies to manufacturers and consumers, the source said.

Chinese authorities see the coming era of electric vehicles as an opportunity for the Chinese auto industry to overtake strong foreign rivals. There are almost 50 domestic electric car startups operating in China, based on official data.

Gong Min, an auto industry analyst at UBS, said China’s electric car market has become the best-equipped in the world with a complete supply chain, the most charging facilities and battery producers that supply more than half of the world’s lithium-ion batteries. A recent UBS survey also found that 58% of Chinese respondents said they were willing to buy electric cars, compared with less than 15% in Japan and Germany.

In 2017, Tesla reported $2 billion of revenue in China, nearly double that of the previous year. As the tariff cut brings down prices of imported vehicles and domestic production picks up, analysts say they expect Tesla’s China sales to gain momentum.

Other global automakers are also counting on China for more electric car sales. General Motors last week announced plans to greatly expand its new-energy vehicle portfolio in China from 2021 through 2023.

Competition is fierce as the China market has been crowded with domestic rivals offering cheaper models. Ye Liang, chief auto industry analyst at Roland Berger, said he doesn’t expect significant changes with domestic production of Tesla as Chinese customers have long had plenty of competing choices.

One auto executive said that if the new policy is implemented, a shakeout will be expected for China’s electric car startups.

The first China-foreign auto joint venture was set up in 1983 by BAIC and American Motors Corp. to produce Jeeps. (American Motors was later acquired by Chrysler Corp., now part of Fiat Chrysler Automobiles NV.) Since then, joint venture behemoths formed by China’s state-owned companies and global automakers have thrived and dominated China’s auto market, which overtook the U.S. as the world’s largest in 2009.

In 1994, China released its first national auto industry development policy, setting a 50% cap on foreign ownership in a bid to protect domestic players and help them gain access to foreign automaker’s technologies.

Joint ventures are the main revenue source for Chinese auto companies. In 2017, SAIC Motor, China’s largest automaker, posted 870.6 billion yuan in revenue, of which 56% came from its joint ventures with General Motors and Volkswagen. The two joint ventures contributed 21 billion yuan to net profit of SAIC while the company’s self-developed brands reported a net loss of 2.4 billion yuan.

Analysts including UBS’s Gong said they expect the ownership rule change to have little immediate impact on existing ventures as the decades-long partnerships have bound both parties tightly and the Chinese partners’ role in obtaining government support and understanding the domestic market is important.

Chinese automakers are now better prepared for more foreign competition after years of investing heavily in their own brands and catching up with global automakers on quality and design.

Analysts said the market opening-up, along with the technology-fueled industry transformation, set the stage for new competition and a shakeup of the industry in which only the most competitive will survive.