Chart: How Tariff Cut Will Impact Price of Imported Cars

By Mo Yelin and Zhao Zuoyan 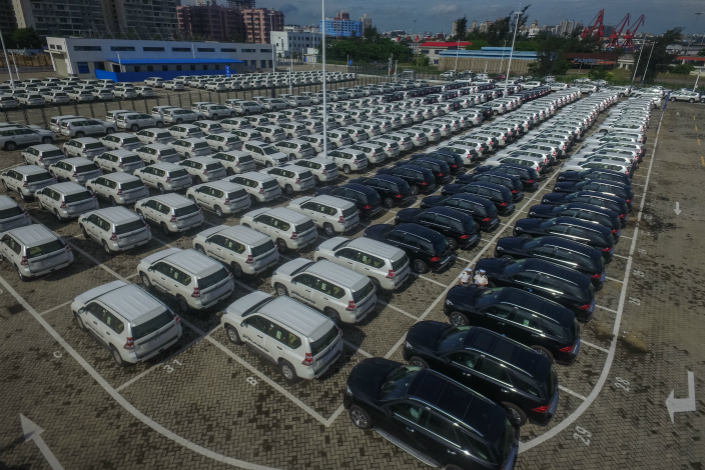 Imported cars wait to be inspected at the Port of Haikou, Hainan province, on June 8. Photo: VCG

Earlier this week, China announced that as of July, duties on select automobiles shipped into the country will be slashed to 15% from the current 25%.

Global automakers have responded positively to the market-opening move because of the expectation that lower import taxes will narrow the price gaps between imported and domestic vehicles sold in China.

Industry analysts said the move will increase the number of car imports in the short term, but they also expect the overall impact to be limited as those vehicles target mainly well-heeled consumers.

In addition, the retail prices of certain imported vehicles are not expected to be significantly lowered, as customs duties constitute only part of the cost of importing a foreign car.

Two other major types of levies are consumption and value-added taxes, in addition to shipping fees and distributor profits.

Below is a graphic to show how retail prices of three imported foreign car models — among the most popular ones — have been changed, before and after the tariff cuts.