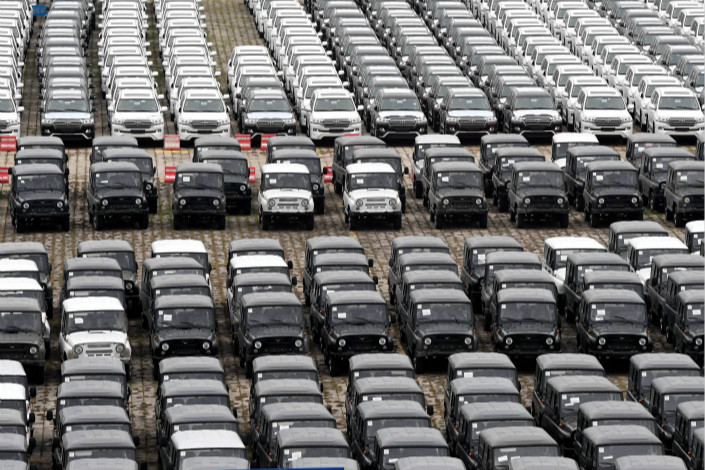 Major European and American automakers will benefit from China’s plan to slash import tariffs on select autos and auto parts in the second half this year in a move to further open the world’s largest auto market.

Carmaker shares led European market gains following the announcement of China’s tariff cut. Volkswagen, BMW and Daimler were among the biggest winners, gaining 1.5% to 2.5%. U.S.-listed shares of Ford Motor, General Motors and Fiat Chrysler Automobiles were up between 1% and 2.4% in morning trading Tuesday.

After the tax cut, China’s duties on finished autos will average 13.8%, while those on auto parts will average 6%, the ministry said.

CITIC Securities said Tuesday that the tariff cut will bring down prices of imported cars by 8% to 15%, encouraging demand for imported cars.

Shortly after the announcement, U.S. electric car maker Tesla said it revised prices for all undelivered vehicles for Chinese buyers. Tesla CEO Elon Musk had joined U.S. President Donald Trump in criticizing China’s steep auto-import tariffs, which are 10 times those of the U.S.

The auto tariff cut came amid an easing of trade tensions between China and the U.S. China has steadily cut such tariffs from as high as 220% in the 1980s to 25% in 2006 as part of its obligations under the World Trade Organization.

Industry analysts said the tariff reduction would increase the volume of car imports in the short term but said they expected the overall impact to be limited as those cars target mainly deep-pocketed consumers.

Gong Min, auto analyst at UBS, said imported vehicles account for about 5% of China’s total passenger car market based on volume but 10% based on sales value. The biggest beneficiaries of the tariff cut will most likely be popular luxury models such as Mercedes-Benz’s E-Class and BMW’s 5 Series, Gong said.

China’s car imports rose 15.8% in 2017 to 1.25 million units, with total value of $51 billion, according to Chinese customs data. CITIC Securities forecast that China’s annual auto imports will rise to as much as 2 million units a year after the tariff cut.

As a separate major step to open up the auto sector, China last month said it will allow foreign automakers to take full ownership of their local ventures by 2022. The current 50% foreign ownership cap on electric vehicle-making ventures will be abolished by the end of this year, according to the National Development and Reform Commission.