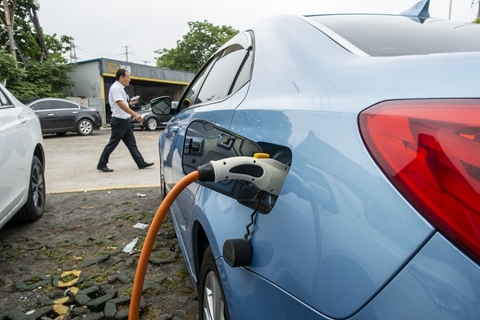 General Motors announced plans Tuesday to launch 10 more new-energy vehicle models in China from 2021 through 2023, doubling the 10 it has already planned for 2016 through 2020.

The moves could bring more competition to the Chinese electric car brands that are now dominating China’s market. They could also create more demand for local battery manufacturers.

The Detroit-based automaker didn’t disclose its sales of new-energy vehicles in China but said such autos in China logged more than 75 million electric kilometers by the end of May.

China accounted for more than half of global electric vehicle sales last year, reflecting the government’s subsidies to electric car makers and tax exemptions and discounts for electric car buyers.

Data from the China Association of Automobile Manufacturers (CAAM) showed that 777,000 new-energy vehicles were sold in the Chinese market last year, up 53% year-on-year, and new-energy vehicle production jumped 54% to 794,000 units last year.

China recently rolled out a quota system requiring all automakers to have new-energy vehicles account for a fixed percentage of their China sales starting next year.

Under the credit point system, automakers must attain a new-energy vehicle score — which is linked to the production and import of various types of zero- and low-emission vehicles — of at least 10% starting in 2019, rising to 12% in 2020, according a notice by the Ministry of Industry and Information Technology.

The new mandate has led to a series of electric vehicle joint ventures between global automakers and local brands.

Chinese auto-parts manufacturer Wanxiang Group announced in February that subsidiary Wanxiang 123 Co. had been selected to be a new battery supplier for General Motors China and its Chinese joint venture, SAIC-GM Corp.

In April, China also rolled out rules to allow foreign automakers to take full ownership of local ventures by 2022, a move that will mostly benefit electric car producers like Tesla Inc.

The current 50% foreign ownership cap on electric vehicle-making ventures will be abolished by the end of this year, while the ceilings for all commercial and passenger vehicles will end in 2020 and 2022 respectively, said the National Development and Reform Commission (NDRC), China’s top economic planner.

Soon after the announcement of the new rules, Tesla received tentative approval from the Shanghai government to build its own factory in the city, sources familiar with the matter told Caixin.