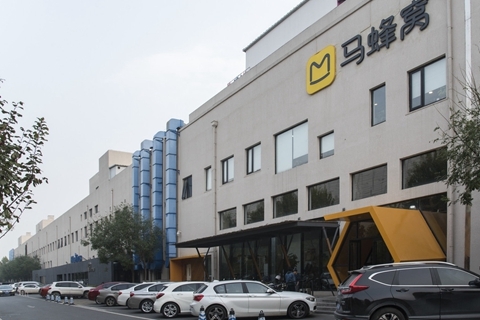 Mafengwo was accused of fabricating 85% of the reviews on its platform. Photo: VCG

The Chinese travel experience-sharing platform Mafengwo expects to proceed with its plan for a U.S. initial public offering despite a brewing fake-review scandal.

The Beijing-based startup, often called the Chinese version of TripAdvisor, is under fire for allegedly using bots and hired writers to scrape millions of user reviews from rivals such as Ctrip, Meituan-Dianping, Agoda and Yelp. Mafengwo disputed the allegations and sued some of the disseminators.

Mafengwo Vice President Yu Zhuo told Caixin Tuesday at an event in Macau that the incident won’t affect the company’s operations and it expects to list shares on Nasdaq in two to three years.

The scandal erupted over the weekend. An article on the popular social media app WeChat accused Mafengwo of fabricating as much as 85% of review content that supposedly was posted by users. The article was published by a news-related official account under the name of XiaoShengBiBi and cited analysis from Hooray Data.

That would suggest that more than 18 million of Mafengwo’s 21 million reviews on restaurants, hotels, and travel destinations may have been scraped from rival websites or completely faked. The article also linked the surges in Mafengwo reviews with the timing of the company’s fundraisings.

In response, Mafengwo ― whose name means “hornet’s nest” ― said its business focuses on travel experience-sharing, consisting mainly of travel logs, guides and Q&As rather than reviews of local services such as restaurants. Such reviews make up just 2.19% of its user-generated content, and the percentage of alleged fake accounts among its total users is minimal, the company said in a statement.

Mafengwo said the accusations are based on “distorted facts” and were part of “an organized attack.” Mafengwo filed a defamation lawsuit Monday against XiaoShengBiBi founder Ding Ziquan and Hooray Data. Beijing Chaoyang District People’s Court accepted the case.

In an interview with Chinese local media, Ding said Hooray Data, a Shenzhen-based data mining startup, approached him with findings about Mafengwo’s reviews. He said neither XiaoShengBiBi nor Hooray Data was hired by or had any relationship with Mafengwo competitors.

Hooray Data said Tuesday that its analysis was based on facts and data and wasn’t targeting any company or individuals.

In August, Reuters cited anonymous sources in reporting that Mafengwo was looking to raise as much as $300 million in a new funding round that could value the business at $2 billion to $2.5 billion.