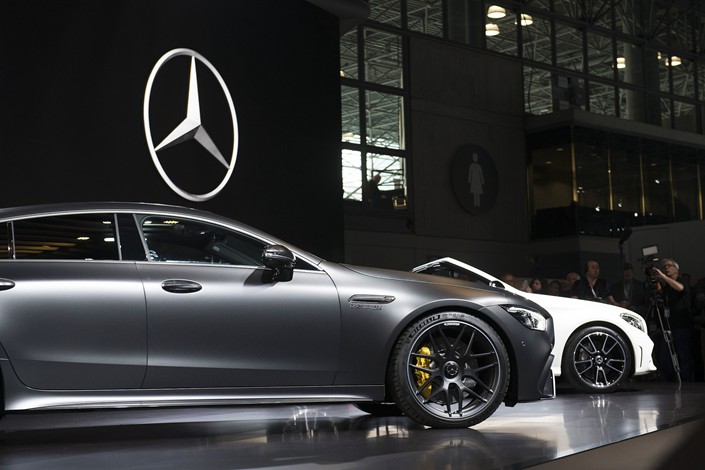 Daimler AG is set to launch a joint venture with Chinese automaker Geely to offer premium ride-hailing services in China, ramping up competition in a sector long dominated by Didi Chuxing.

The 50-50 partnership, based in the eastern city of Hangzhou, will use Daimler’s Mercedes cars and electric-powered vehicles produced by Geely. It is expected to begin operations next year in selected Chinese cities, Daimler said in a statement Wednesday.

The joint venture is the German luxury carmaker’s first tie-up with Zhejiang Geely Holding Group Co. Ltd. since the latter made a deal early this year to acquire a nearly 10% stake in Daimler AG, becoming its single largest shareholder.

“With Geely Group, we have found an excellent partner to expand our mobility services in China,” said Klaus Entenmann, chief executive of Daimler’s financial services unit.

The move comes as automakers scramble to deal with the industry’s new reality, in which consumers increasingly prefer on-demand mobility services — such as car-sharing and ride-hailing — to car ownership.

Geely currently operates a ride-hailing app called Caocao, which it said has a user base of 16 million in 24 Chinese cities.

Daimler has been a rapid mover in providing mobility services. It already owns several platforms, including ride-pooling service ViaVan and ride-sharing app MyTaxi. In March, the automaker said it would combine its car-sharing Car2Go service with rival BMW’s DriveNow.

With their establishment of a ride-hailing business, Geely and Daimler are set to challenge a market that has been relatively stable since 2016, when Uber’s China operation was acquired by Didi in exchange for a 20% stake.

Geely, which ranked No. 3 in vehicle sales in China in the first half of this year, has said that mobility services “form part of our transformation from a vehicle manufacturer into a global automotive technology group.”

However, a representative of Geely told Caixin that the new venture would operate independently, excluding the possibility that it would incorporate business from Car2go or Caocao.

China’s largest state-owned automakers have also jumped on the ride-hailing bandwagon. In July, FAW Group Corp., Dongfeng Motor Corp. and Changan Automobile Co. Ltd. teamed up to establish a new company that will offer popular on-demand services that include car rentals and ride-hailing.