Geely Overtakes Japanese Rivals to Move Into No. 3 Spot in China 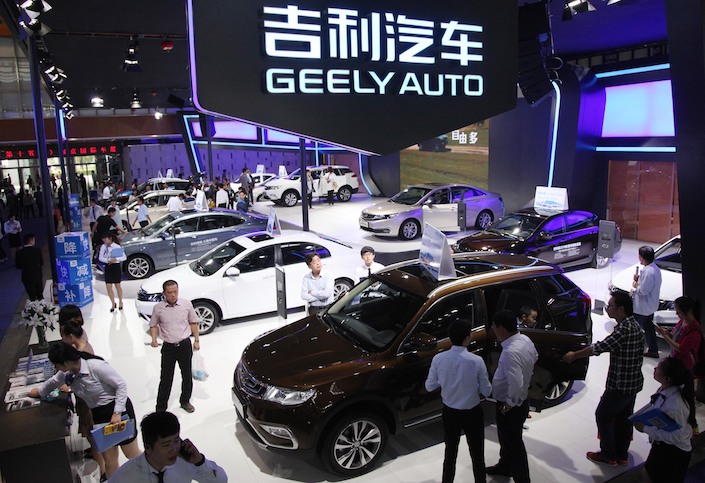 The Chinese owner of Volvo Cars left three Japanese rivals in its rearview mirror as it sped into third place in China sales in the first half of 2018.

Zhejiang Geely Holding Group Co. Ltd. announced that its profits grew by 44% in the first half of 2018, with the company shipping over 776,000 cars during period, according to a filing with the Hong Kong Stock Exchange on Wednesday.

Geely overtook Japanese rivals Nissan Motor Co. Ltd., Honda Motor Co. Ltd. and Toyota Motor Corp. in China sales in the same time span, and is now behind Volkswagen AG and General Motors Co. in the ranking of China’s biggest sellers. Bumping the pair out of the top spots may prove trickier, with Volkswagen selling 1.99 million cars and General Motors selling 1.81 million in the same period, according to filings released in July.

The figures will likely buoy investors’ confidence as Lynk prepares to start producing its high-end hybrid Lynk 01 PHEV in Belgium next year, in a move that would make it the first Chinese car produced in Europe.

The Lynk brand has also been part of Geely’s efforts to move up the value chain and shed the budget image associated with Chinese car brands.

In China, domestic automakers have been playing catch-up with their foreign rivals in terms of quality and design, and they still lack brand recognition overseas.

Geely’s filing stated that the company intends to beef up its new-energy vehicle (NEV) offerings in the latter half of 2018 with the aim of having a NEV model for all major product lines. However, the company’s stated ambition of ensuring that NEVs make up 90% of its total sales volume by 2020 still appears ambitious, given that the company shipped just 14,362 such cars in the first half of 2018.

Geely is also thought to be considering an initial public offering for Volvo in Hong Kong and Sweden, with an expected valuation of between $30 billion and $40 billion, a source close to the company said in May.