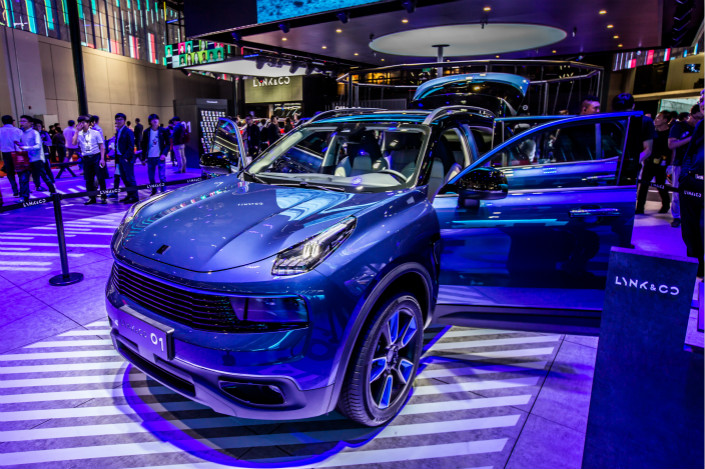 Geely will use a plant in Belgium to make its Lynk & Co. vehicles, the first time a Chinese car will be produced in Europe.

The hybrid model, dubbed the Lynk 01 PHEV, is expected to be built in a Volvo factory in Ghent, Belgium, starting in 2019, Zhejiang Geely Holding Group Co. Ltd. said on Monday.

Lynk is co-owned by Geely Holding Group and its units Geely Auto and Volvo Cars. Geely acquired Sweden’s Volvo in 2010, and launched the new Lynk & Co. brand in 2016 as part of its efforts to move into foreign markets.

“We see a big potential for this new brand entering the European market and we are happy to give Lynk & Co. the support of Volvo’s technological and industrial expertise,” Volvo Cars CEO Hakan Samuelsson said in a statement.

Lynk rolled out the first version of the 01 PHEV in November.

Lynk cars are currently produced only in a factory in Zhejiang in eastern China, and have sold a total of 6,012 units as end of the year.

The Lynk brand has also been part of Geely’s efforts to move up the value chain and shed the budget-quality image that consumers associate with Chinese car brands.

In China, domestic automakers have been playing catch-up with their foreign rivals in terms of quality and design, and overseas they still lack brand recognition.

Geely has set a sales target of 2 million units worldwide by 2020, which includes 500,000 Lynk vehicles, according to the company.

Geely’s entrance into the European market is also the latest of the automaker’s moves overseas.