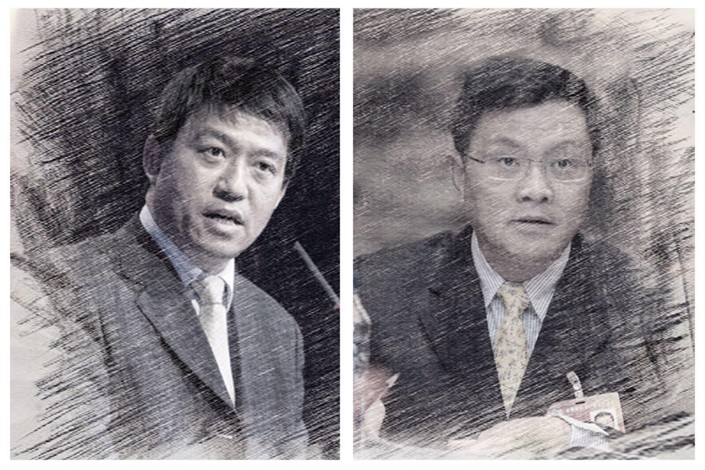 Xu Ming (徐明) will be the new general manager of China’s over-the-counter stock exchange, replacing Li Ming (李明), who left nearly three months ago to head the securities regulator’s Jiangsu province office. Previously, Xu’s worked for more than 20 years at the Shanghai Stock Exchange, a role in which he was mainly responsible for legal affairs.

The National Equities Exchange and Quotations (NEEQ), also known as China’s “New Third Board” after the more famous stock exchanges in Shanghai and Shenzhen, sees itself as an incubator for new economy firms. Xu’s got a tough job — the board’s not in good shape. Home to over 10,000 small and midsize companies, the platform was designed to be a place where companies can grow until they can graduate to the other two exchanges, but few have managed to do so. The number of companies that delisted rose sharply in 2017, and the board’s benchmark index has performed even worse than those of Shanghai and Shenzhen this year.

Dong Wenbiao (董文标), 61, is set to retire from his position as chair of the board of China Minsheng Investment Group Corp. Ltd., China’s largest private investment conglomerate, according to Caixin sources, probably to be replaced by Li Huaizhen (李怀珍), his fellow board member.

Anning Chen (陈安宁) will become president and CEO of automaker Ford China from the start of November. Chen’s previously worked at Ford as well as state-owned Chery Automobile Co. Ltd. The purpose of the move is to “accelerate Ford’s return to profitable growth in China,” according to a statement from Ford, who also said its China unit will become a stand-alone company, reporting directly to its global headquarters. Ford’s China operations have been headless since January, when Jason Luo abruptly resigned, citing personal reasons. The company’s been caught up in the overall slowdown in the world’s largest auto market.

Leading dairy Inner Mongolia Yili Industrial Group Co. Ltd. accused its former president Zheng Junhuai (郑俊怀) of embezzlement and defamation after the sentencing of a journalist and a blogger who had allegedly spread rumors that its chairman Pan Gang (潘刚) was under investigation on corruption charges. These rumors about Pan’s situation led to a 13.2 billion yuan ($2.06 billion) one-day decline in the Shanghai-listed company’s market value in March. Zheng has previously served a jail term for embezzlement.

Several Hong Kong-listed companies are disassociating themselves from David Kwok Po Li, chairman and chief executive of Bank of East Asia Ltd. (BEA), as he’s involved in a financial crime investigation in Spain. The National Court in Madrid opened an investigation this month against executives including Li and BEA’s nonexecutive director Isidro Fainé Casas.

Shaanxi province, in China’s northwest, will soon have two new vice governors, Zhao Gang (赵刚) and Fang Guanghua (方光华). Zhao’s got roots in the state-owned enterprises which dominate China’s defence and equipment industries — he’s currently general manager of China First Heavy Industries Group Co. Ltd., and has held leadership positions at China North Industries Corp., one of the world’s biggest weapon manufacturers. Fang’s currently a vice mayor of Xi’an, the capital of Shaanxi province and one of the oldest cities in China, and was previously an academic.