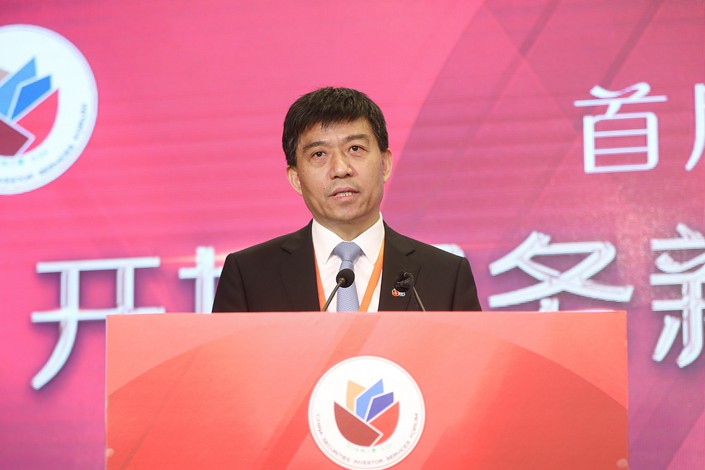 The appointment comes at a time when the over-the-counter market is still facing sluggish liquidity, making trading thin and lowering its appeal to the startups it was supposed to attract.

Xu is active at work, according to one source. Another described him as professional, saying he has made great contributions to the theory and practice of the Securities Law.

Xu joined the Shanghai Stock Exchange in 1993 when it was just getting started, and spent the next 23 years there, getting promoted to one of the bourse’s deputy general managers in 2009. With a doctorate in law, he took part in drafting the country’s Securities Law in the late 1990s.

In 2016, Xu transferred to China Securities Investor Services Center Corp. Ltd., a CSRC-backed platform that provides legal services for small stock investors. One year later he was made the company’s general manager. The center can represent investors in court by holding shares of more than 3,000 listed-companies on the Shanghai and Shenzhen stock exchanges, the country’s two main bourses.

Founded in 2012, the NEEQ is home to more than 10,000 small and mid-sized companies. Also known as the “New Third Board,” it was designed to be a place where companies could grow until they were able to graduate to the larger Shanghai and Shenzhen bourses.

However, only a few companies have managed to graduate, and the number of companies that have delisted — either voluntarily or forcibly — rose sharply in 2017 from the previous year.

The platform has struggled since 2016, following several years of explosive growth. The NEEQ Component Index, the board’s benchmark, has been generally falling since late 2017. The NEEQ Market Making Component Index, which measures the value of stocks traded through market-makers, hit a record low of 722.08 on Friday.