By Dong Jing and Ke Baili 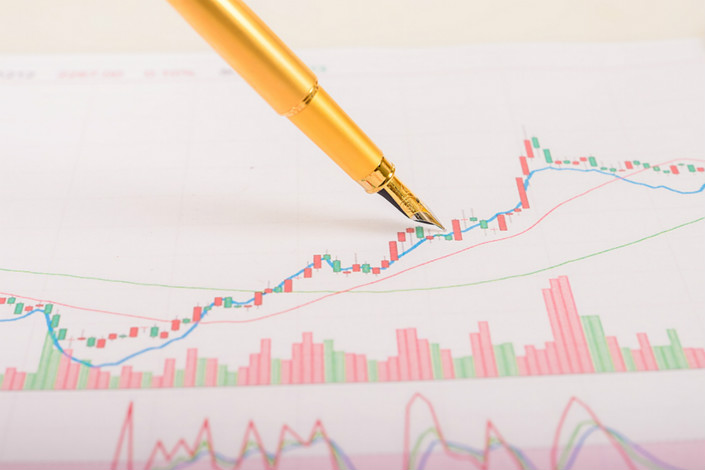 Financial expenses for small and midsize enterprises on the National Equities Exchange and Quotations, also known as the “New Third Board,” increased 40.15% in 2017. Photo: VCG

Small and midsize companies listed on China’s over-the-counter (OTC) stock exchange are spending more to pay back what they owe.

Such companies have seen their financial expenses jump more than 40% in 2017 as they have had to rely more on debt as equity financing has grown more difficult.

The situation is taking a toll on companies listed on the National Equities Exchange and Quotations (NEEQ), which considers itself an incubator for firms involved in the new economy — an area seen as crucial to China’s ongoing economic transition.

Financial expenses for small and midsize enterprises on the NEEQ increased 40.15% in 2017, according to statistics provided last week by the securities regulator. The statistics were based on annual reports from the 96% of NEEQ-listed companies that have released them.

At the same time, these companies suffered a 9% drop in the amount raised through private placements in 2017, which totaled 124.8 billion yuan ($19.70 billion), according to data from Hithink RoyalFlush Information Network Co. Ltd.

The NEEQ is at a low point, so equity financing is tough, according to Zhang Chi, chairman of Xinding Capital. The NEEQ Component Index, the board’s benchmark, has been falling sharply since the start of 2018. The last time it was lower was more than three years ago, in February 2015. This month, the NEEQ Market Making Component Index, which measures the value of stocks traded through market-makers, hit a record low of 877.01.

Under these difficult circumstances for raising equity, NEEQ-listed companies have increasingly turned to debt financing, but the change could end up being costly. Profits and revenue for companies listed on the NEEQ are growing, but far slower than their financial expenses. For the companies that have released annual reports, total revenue rose 21.21% and total net profits rose 14.69% in 2017, according to the securities regulator.

Founded in 2012, the NEEQ is home to 11,345 Chinese small and midsize companies. Also known as the “New Third Board,” the platform was designed to be a place where companies can grow until they are able to graduate to a main board.

The New Third Board is also home to a high proportion of new economy companies. According to a China Securities Regulatory spokesperson, 44.43% of companies on the NEEQ are involved in high-end manufacturing, biomedicine, science and technology services and other areas of the new economy.

However, few companies have managed to graduate, and the number of companies that delisted — either voluntarily or after orders from the NEEQ — rose sharply in 2017.

Giving enterprises better access to cheaper financing is a government priority. Smaller enterprises were the biggest beneficiaries of a reserve requirement ratio cut in April 2018. A Politburo meeting that month called for lowering enterprise financing costs. And at a State Council meeting on April 25, Premier Li Keqiang set out more detailed demands, calling for tangible reductions in small and micro enterprises’ financing costs by the end of the third quarter this year.