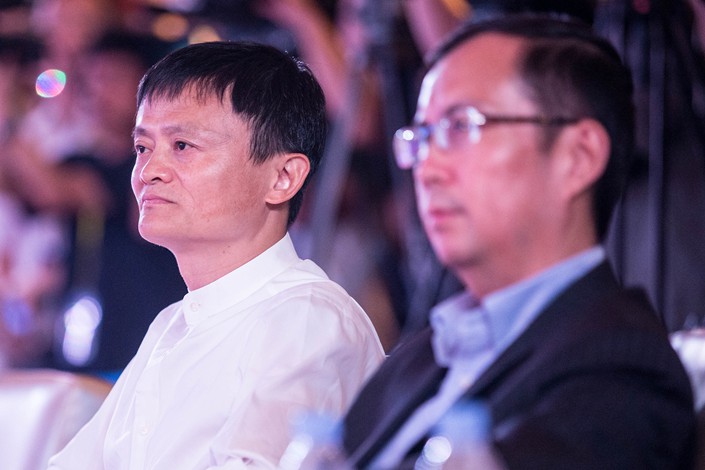 * Alibaba Chairman Jack Ma and CEO Daniel Zhang mentioned the ambitious target in their annual letters to shareholders, in which they also mentioned their goal to have 10 million small- and medium enterprises doing business on the firm’s platforms

(Beijing) — E-commerce juggernaut Alibaba Group Holding Ltd. hopes to have 2 billion customers by the year 2036, as it tries to go global with a business model that will see it provide an array of high-tech services to help companies improve their performance, its top two executives said.

The ambitious customer target — equal to more than a quarter of the world’s current population — was contained in the company’s latest annual letters to shareholders from Chairman Jack Ma, who will retire in a year, and his appointed successor, CEO Daniel Zhang. In addition to the big customer base, Alibaba also aims to have 10 million small- and medium-sized enterprises doing business on its platforms by that year, and create 100 million job opportunities in the process, according to the letters posted on Tuesday.

Zhang pointed out that Alibaba was announcing the 2036 targets as it closes in on a previously announced goal of having $1 trillion in goods traded each year over its platforms, known in the industry as gross merchandise value (GMV), by 2020.

“We are confident of attaining this in the not-distant future,” wrote Zhang, considered the brains behind Alibaba’s wildly successful and fast-approaching “Double 11” shopping fest on Nov. 11, which has become the world’s most popular shopping day since its inception about a decade ago. “Looking ahead, our vision is to deliver digital transformation for all our clients using cloud-computing technology in the areas of retail, marketing, finance, logistics and other supporting services within the Alibaba Operating System.”

Ma and Zhang issued their letters less than two months after the former announced his retirement in a year from the company he founded in an apartment in the eastern Chinese city of Hangzhou in 1999. Alibaba has gone on to become China’s most valuable listed company, making Ma China’s richest man with a fortune of 270 billion yuan, according to the latest edition of the “Hurun Rich List” released earlier this month.

Ma, who has said he plans to spend his time on education, philanthropy and the environment after retirement, built his empire on e-commerce. Such online selling has thrived with China’s rapid spread of the internet, combined with the lack of a well-established traditional retail sector due to the country’s socialist past. But the company is betting heavily on a future that will see it aim to become more diversified by offering a wide array of services, such as cloud hosting, logistics and services related to an increasingly interconnected world of people and devices using the “internet of things.”

“Globalization has always been Alibaba’s long-term strategy,” said Zhang. “We are also making comprehensive strategic plans to get ready for the coming era of the ‘Internet of Things.’ When households, local communities, work places, commerce infrastructure and cities all become smart and connected, supported by cloud-computing technology, it will dramatically reshape business processes and lifestyles.”