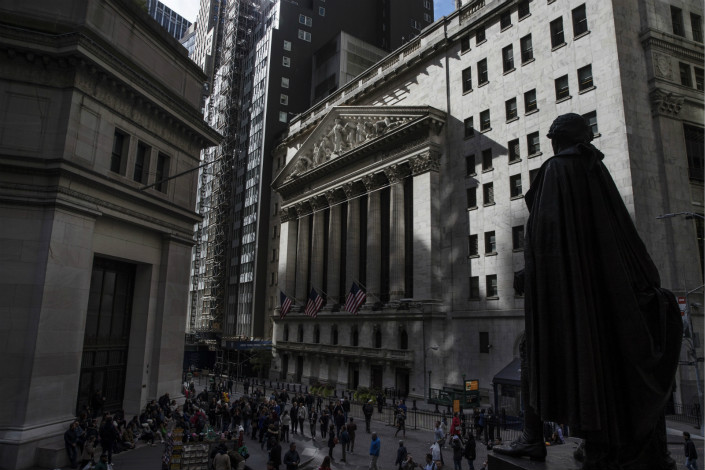 (Bloomberg) — Two of China’s top online brokers for trading overseas stocks are preparing to face off in the U.S. market.

Chinese investors have been pouring more of their money into overseas markets since the 2015 stock-market crash, turning to popular websites like Snowball Finance to trade U.S. stock tips. The yuan’s 9% decline against the dollar over the past six months has made it even more attractive to hold assets in foreign currencies.

It doesn’t hurt that many of the stocks Chinese investors can trade overseas are home-grown names. Some of the biggest listings in the U.S. this year have come from Chinese companies, ranging from video-streaming site iQiyi Inc.’s $2.4 billion share sale to electric-car maker Nio Inc.’s $1.2 billion offering.

The Chinese securities firms are following in the footsteps of companies like Interactive Brokers Group Inc., which has grown into one of the biggest electronic brokers in the U.S. and bought a stake in Tiger Brokers last year. Since then, Tiger Brokers has raised another funding round valuing it at $1.06 billion, according to a July statement.

Still, the securities firms will need to convince stock-market investors they can turn a profit. Futu Securities, which is slated to come to market first, recorded a HK$55.8 million ($7.1 million) net loss in 2017, a person with knowledge of the matter said earlier this month. That’s compared to a loss of HK$116.4 million the year before, according to the person.