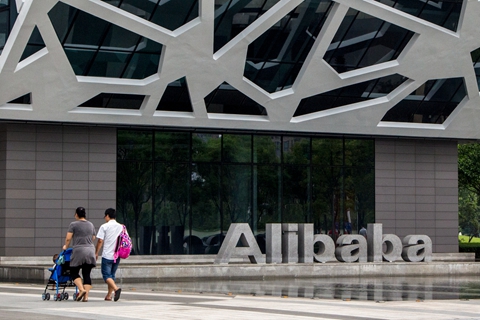 Revenue from the core commerce business grew 56% year-over-year, while mobile monthly active users on the retail platform rose 5% from the June quarter to 666 million.

“The global economy is in a state of uncertainty,” Daniel Zhang, Alibaba’s chief executive, said on a conference call with analysts. “The U.S.-China trade tensions create increased risk of instability.”

In light of current fluid macroeconomic conditions, Alibaba said it will hold off on monetizing potential new revenue streams, such as charging merchants for recommendation fees on its redesigned Taobao interface, until economic conditions improve. The company expected this decision to benefit small to medium-sized enterprises on its marketplace platforms, Alibaba said in a statement Friday.

The rest of the fiscal year, which ends in March, will include the “Double 11” online shopping extravaganza later this month and Chinese New Year, which are Alibaba’s most important shopping seasons. But analysts are already concerned whether China’s slowing consumer spending and trade-war fears will hurt Alibaba’s biggest shopping event of the year.

China’s retail sales growth has been slowing to 15-year lows in the past couple of months, according to data from the National Bureau of Statistics. China’s GDP growth cooled to 6.5% in the third quarter, the slowest pace in nearly a decade.

In a letter to shareholders Tuesday, Ma set an ambitious goal of having 2 billion customers by the year 2036.

The company said its income from operations declined 19% from last year, primarily due to the consolidation of food-delivery provider Ele.me and logistics arm Cainiao Network, other strategic investments, as well as an increase in share-based compensation and depreciation expenses.

The cloud computing business was the fastest growing segment. Cloud revenue grew 90% over last year, even though this segment currently contributes only about 6% of total revenue.

Alibaba said the fast growth in the cloud business was driven by an improving revenue mix of higher value-added services and robust paying-customer growth.

Alibaba’s U.S. listed shares, which were as much as 5% higher from their Thursday close in pre-market trading, dropped by 2.43% to close at $147.59, extending their year-to-date decline past 16%.